Historical revisionism and the Battle of Agincourt 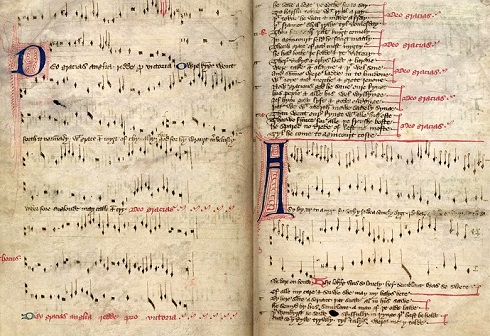 Young Cressingham, one of the witty contrivers of Thomas Middleton’s and John Webster’s comedy Anything for a Quiet Life (1621), faces a financial problem. His father is wasting his inheritance, and his new stepmother – a misogynistic caricature of the wayward, wicked woman – has decided to seize the family’s wealth into her own hands, disinheriting her husband’s children. Young Cressingham joins forces with another disgruntled and scanted son, Young Franklin, and together they undertake to reform their disordered parents. As the opening of the play makes clear, the greatest consequence of Sir Francis Cressingham’s error in marrying a spoiled, spendthrift young woman of the court is that he has destroyed his public reputation for probity, sobriety, and good government – fatal to his credit, and thus his financial security. “Away!” Lord Beaufort rebukes Cressingham; “I am ashamed of your proceedings, / And seriously you have in this one act / Overthrown the reputation the world / Held of your wisdom.” (Anything for a Quiet Life, 1.1.1-4) Young Cressingham must find a way, then, not only to restore his father’s position and his own inheritance, but to convince public perception that his father’s social and financial incompetence never occurred. In short, he must prove plausibly that his father was only pretending.

Lord Beaufort makes a curious comparison in his opening rebuke of Cressingham that comes back to haunt the play in its last act. “I am ashamed of you,” he tells Cressingham, “For you shall make too dear a proof of it, / I fear, that in the election of a wife, / As in a project of war, to err but once / Is to be undone for ever.” (1.1.14-18) Credit relations in early modern financial dealings were skittish enough that a single social or moral misstep could occasion a destructive spiral in which loss of reputation and financial credit, like lead weights tangled on a line, might plummet one another to an infamous and insolvent deep. So commanders, too, might lose the confidence of their troops, and never order them after. Young Cressingham seems to remember this comparison when in Act 5 – shortly before his triumphant restoration – he compares himself to Henry V. For, like the wayward prince who later became England’s mythical warrior-king, Young Cressingham has participated with Young Franklin in some high-spirited, but low-minded, japes, including the cosening of a mercer of fifty pounds of fine fabric. It is an episode from the boys’ prodigal youth that Old Franklin sorrows to remember, when Young Cressingham mentions it:

OLD FRANKLIN  Yes, I have heard of that too—your deceit
Made upon a mercer. I style it modestly;
The law intends it plain cozenage.

YOUNG CRESSINGHAM  ‘Twas no less,
But my penitence and restitution may
Come fairly off from’t. It was no impeachment
To the glory won at Agincourt’s great battle,
That the achiever of it in his youth
Had been a purse-taker—this with all reverence
To th’ great example. (5.1.17-25)

For Middleton and Webster, the example of Agincourt, and of Henry V’s miraculous transformation in its purgative combat, seems at first to represent a moment of historical singularity, a moment in which the prodigal prince’s illicit past was deleted from the historical record and he was created anew. But this would be to read a little too quickly. Not only did the purse-taking of his youth not impeach Henry V when he came to fight the French at Agincourt, but in fact it came in some way to enable and explain that later victory. Young Cressingham makes from the stolen fabric of Act 2 a new suit for his father, and in these clothes presents him before Lord Beaufort to his wife. She, taking the opportunity that her stepson has offered, claims that she never meant to disinherit him, nor to defraud or emasculate her husband, but only to teach him financial responsibility. Middleton and Webster have been criticised for failing to explain her abrupt change of heart, but in fact their understanding of psychology and ethics is as brilliant as it is subtle. Lady Cressingham sees from Young Cressingham’s own unexpected reformation that her reformation will also rewrite the meaning of her past actions, retrospectively making her volta, like his, expectable. They both recuperate past errors into present triumphs by making it seem as if their errors were no errors, but part (like Prince Hal’s skilful offences) of a shrewd plan. The lesson is not lost on Sir Francis Cressingham, who immediately declares to the assembled company (much to his son’s delight) that he had expected the very thing that has just caught him by surprise:

CRESSINGHAM  All this I know before; whoever of you
That had but one ill thought of this good woman,
You owe a knee to her and she is merciful
If she forgive you. (5.2.291-94)

Cressingham at a stroke recovers his reputation and his financial credit, and in turn his son’s inheritance – by the simple pretense that he always meant to err.

For Middleton and Webster, as for Shakespeare in Henry V, Agincourt provides the emblem and example for this sort of historical revisionism. It is a commonplace of Shakespeare criticism to note how carefully the playwright constructs Prince Hal’s developing mastery of finance, credit, and reckonings through the tavern scenes of 1 Henry IV and 2 Henry IV. The mingled language of purchase, debt, and redemption on the one hand, and military triumph on the other, reaches a fever pitch of fusion in Act 3, scene 2 of 1 Henry IV, when Hal in part reveals his cunning to his doubtful, anxious father. By the time the new king sets sail for France in Henry V, Shakespeare has made him a consummate practitioner of these revisionist and redemptive arts, and they serve him perfectly at Agincourt. As Fluellen and Gower stride onto the stage in Act 4, scene 7, they are discussing the perfidy of the retreating French knights, who have raided the abandoned English camp, killed the English army’s unarmed boys and servants, and stolen their valuables:

FLUELLEN  Kill the poys and the luggage! ‘Tis expressly against the law
of arms. ‘Tis as arrant a piece of knavery, mark you now, as
can be offert. In your conscience now, is it not?
GOWER ‘Tis certain there’s not a boy left alive. And the cowardly
rascals that ran from the battle ha’ done this slaughter.
Besides, they have burned and carried away all that was in
the King’s tent; wherefore the King most worthily hath
caused every soldier to cut his prisoner’s throat. O ’tis a
gallant king. (Henry V, 4.7.1-10)

Henry is praised for his justice, in taking French lives to answer for his English dead – be they never so lowly. But a great deal depends on Gower’s “wherefore”, here, and the historical sources from which Shakespeare worked clearly did not justify so conjunctive a transition. As Raphael Holinshed reports in his Chronicles (London, 1587), Henry acted not out of justice, but out of fear:

But when the outcrie of the lackies and boies, which ran awaie for feare of the Frenchmen thus spoiling the campe, came to the kings eares, he doubting least his enimies should gather togither againe and begin a new field; and mistrusting further that the prisoners would be an aid to his enimies, or the verie enimies to their takers in deed if they were suffered to liue, contrarie to his accustomed gentlenes, commanded by sound of trumpet, that euerie man (vpon paine of death) should incontinentlie slaie his prisoner. When this dolorous decree and pitifull proclamation was pronounced, pitie it was to see how some Frenchmen were suddenlie sticked with daggers, some were brained with pollaxes, some slaine with malls, other had their throats cut, and some their bellies panched, so that in effect, hauing respect to the great number, few prisoners were saued. (Holinshed, Chronicles, p. 554)

Misunderstanding the nature of the screams he was hearing, and believing that the enemy might be rallying for a fresh attack, Holinshed’s Henry realised that his own men could not engage them while they were encumbered by the need to ward and protect their prisoners. For fear lest those prisoners should impeach them – valuable though their ransoms might be – the king ordered them slaughtered. Fluellen’s and Gower’s revisionism recuperates Henry’s frantic misjudgment as its opposite, an exemplum of kingly judgment. But the rest of their discussion makes clear that Shakespeare, like Middleton and Webster in their comedy, was well aware, and skeptical about, the process by which reputations were made. When Fluellen calls Alexander the Great “Alexander the Pig,” the joke occasioned by his allegedly Welsh mispronunciation allows him to drive home the skeptical argument:

FLUELLEN Why I pray you, is not ‘pig’ great? The pig or the great or the
mighty or the huge or the magnanimous are all one
reckonings, save the phrase is a little variations. (4.7.15-17)

That Alexander can be remembered by a Welshman at Agincourt, that he enjoys enough fame to have his title mangled, is a sign of his greatness – so, “pig” might as well, in the “reckoning”, be “magnanimous”. Fluellen further, inexpertly, draws a parallel between Alexander and Henry on the basis that Monmouth and Macedon, the respective birthplaces of Henry and Alexander, both have rivers, “and there is salmons in both” (4.7.28). For, as he argues, “there is figures in all things” (4.7.30), and so it is that Alexander’s splenetic and drunken murder of his friend Cleitus comes to stand as an example for Hal’s sober and mature dismissal of his one-time companion Sir John Falstaff.

The appetite of the historical mind for the figure, the appetite to reverence the great example, is so strong that it imposes it upon both superficial stuff (two locations beginning with m that have rivers) and utterly disparate stuff (a drunken murder, a sober judgment). This – or so Shakespeare implies by situating Fluellen’s and Gower’s bumbling conversation between the battle in Act 4 scene 6 and the final reckoning of the French and English dead in Act 4 scene 8 – is the true lesson of Agincourt. When Hal stands before the English troops to refashion his Machiavellian escape as a victory sent from God, he is only doing what Young Cressingham will do 20 years later: figuring things to his advantage.

Blog author Andrew Zurcher is Fellow and Director of Studies at Queens’ College, University of Cambridge. He is co-editor of Selected Letters and Other Papers by Edmund Spenser and is an editorial board member for Oxford Scholarly Editions Online.

This blog first appeared on OUPblog under the title “There is figures in all things”: Historical revisionism and the Battle of Agincourt. See more here