This section explores the ways in which common perceptions about Henry V and his life were largely formed by the words of William Shakespeare over 150 years after the King’s death, and whether these perceptions are accurate. Most people’s ideas about Henry V are down to the fact that William Shakespeare chose to write a play about the iconic King, and it’s that image that most of us know – but how much of Shakespeare’s portrayal of the King was true to life, and why did the playwright choose to write about Henry V, as opposed to any other? 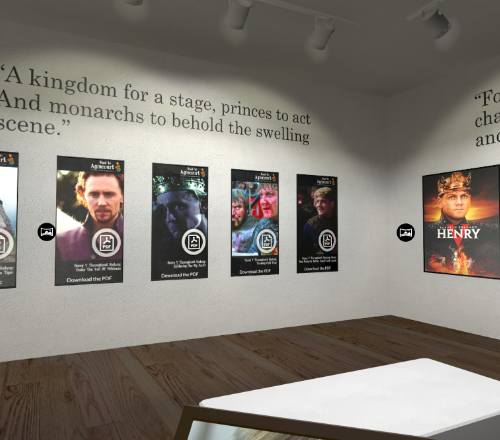