Taking its name from its religious foundations, God’s House Tower, known as the strong tower, is believed to be the location in which the conspirators of the Southampton Plot were imprisoned to await their fates. After the Battle of Agincourt, a long gallery was built, linking God’s House Tower to God’s House Gate. The gallery would have been filled with cannons to defend Southampton against any potential French retaliation by sea.

In this gallery you will learn of the history of the plot to remove Henry the V before he began his campaign in France, and the events that led up to the capture and execution of the plotters.

Across the Dark Water

The story of the plot has been brought to life by a new stage play called Across the Dark Water. Focusing on the centra characters of King Henry, Lord March, Lorde Scrope and and the Earl of Cambridge. The play presents the history in a compelling and intense drama that toured various historic sites in Hampshire and was accompanied by an augmented reality exhibition to provide historical context to the significants of the Southampton Plot and the events that culminated in the Battle of Agincourt.

The God’s House Gallery provides a timeline of events, interivews with historians, moving into the theatre area which is screening the film version of Across the Dark Water and an exhibition presenting the characters, cast and behind the scenes interviews with the writer and director of the play. 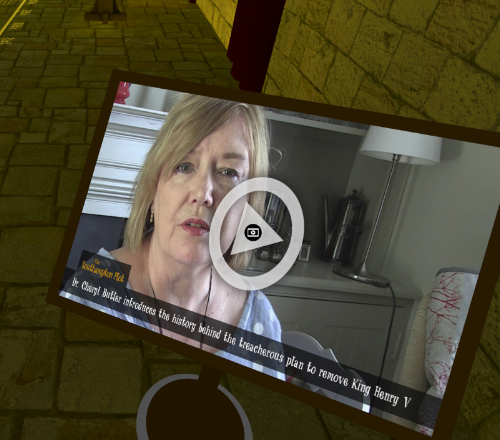