The Road to Agincourt programme is delighted to announce that it has been awarded £8K from inspiring Tesco’s Bags of Help initiative.

The generous funding will be used to create an imaginative digital interactive walkway – The King’s Great Ships Trail– through Manor Farm Country Park, leading to the wreck of the Grace Dieu at the bottom of the River Hamble that will bring to life the area’s connections to its medieval past.

Using the latest digital technology, the woodland trail will tell the story of King Henry V’s flagship and its medieval connections to the region. It will feature a soundscape filled with medieval music, historical facts and and tales of how the “biggest ship in the world” was constructed in Southampton Docks, and how its wreckage came to lay at the bottom of the River Hamble.

“Bags of Help has been a fantastic success. We have been overwhelmed by the response of our customers and the feedback has been brilliant. We can’t wait to see the money being put to use bringing these projects to life.

Nominations for the next round of the initiative will open in April and we look forward to helping a further round of groups and projects bag their share of the bag charge fund.”

Tesco teamed up with Groundwork to launch the scheme, and the funding received was thanks to public voting in stores, which saw grants of £8,000, £10,000 and £12,000 raised from the 5p bag charge awarded to environmental and greenspace projects.

Nominations are open all year around and the second round of applications opens next month, with customers given another chance to vote for projects in store.

The King’s Great Ships Interactive Trail will be officially launched at a special Medieval Weekend at Manor Farm Country Park on the weekend of July 30 and 31. As well as the grand unveiling the FREE weekend will feature a host of family-friendly entertainment including historical re-enactments, a medieval village complete with leather workers, pole turners, felters and authentic cooking and singing demonstrations from the period. There will also be the chance to meet archaeologists working on the wreck of the Grace Dieu. Plus the opportunity to take part in medieval sports and dancing and watch tales from the past brought to life.

The Road To Agincourt is a two-year project linked to the 600th anniversary of the battle of Agincourt run by theCulture Unit of Eastleigh Borough Council. The battle was an iconic moment in English history and had a lasting impact on the local landscape of Hampshire. The Road To Agincourt is working with The Berry Theatre in Hedge End, local organisations, schools and community groups to explore new interpretations of the battle and to raise awareness of the region’s rich and significant medieval history.

Dr Cheryl Butler, Head of Culture at Eastleigh Borough Council and who leads the Road To Agincourt Programme, said:

“We are so grateful to Tesco for this award, it will enable us to enhance the trail and introduce an important part of England’s maritime history to locals and visitors to Manor Farm Country Park.”

EXCITING NEWS!!!! We are delighted to be a recipient of Tesco’s #BagsofHelp initiative. We have been chosen to receive a grant to create a beautiful guided walkway, through Manor Farm Country Park leading to the wreck of Henry V’s flagship Grace Dieu at the bottom of the River Hamble. Not only will this encourage people to get out and explore nature but it will celebrate the region’s rich, and often overlooked, place in history.

How much funding we get depends on public vote so PLEASE please visit your local store and help make a difference in your community. Tesco has teamed up with Groundwork to launch its Bags of Help initiative in hundreds of regions across England and Wales. The scheme will see three community groups and projects in each region awarded grants of £12,000, £10,000 and £8,000 – all raised from the 5p bag charge.

Bags of Help offers community groups and projects in each of Tesco’s 390 regions across the UK a share of revenue generated from the five pence charge levied on single-use carrier bags.

We will be using one of these awards to fund this stunning woodland trail which will use the latest digital technology to bring to life the story of Henry V and his epic ship Grace Dieu. The trail will feature a soundscape, evoking the medieval past with music, historical facts, tales of how Henry’s flagship was built, how it was the foundation for The Royal Navy – and how it never actually sailed for war. We will work with local school children to create new stories based on the legendary medieval Southampton character Sir Bevis – a source of childhood inspiration to Henry V. Depending on how many votes we get some of  these will even be narrated by the children and then imbedded in the trail technology bringing history alive for visitors as they amble down to The Hamble – so please vote for us in your local Tesco store.

Please visit your local store and help make a difference in your community.

To find out more about the #BagsofHelp initiative visit www.tesco.com/bagsofhelp

Cast your vote at some of these local Tesco stores from February 27 to March 6:

Vote for The Grace Dieu Trail

Support us by Tweeting and Liking our posts using the hashtag #BagsofHelp and by casting your vote at your local Tesco stores from February 27 to March 6. 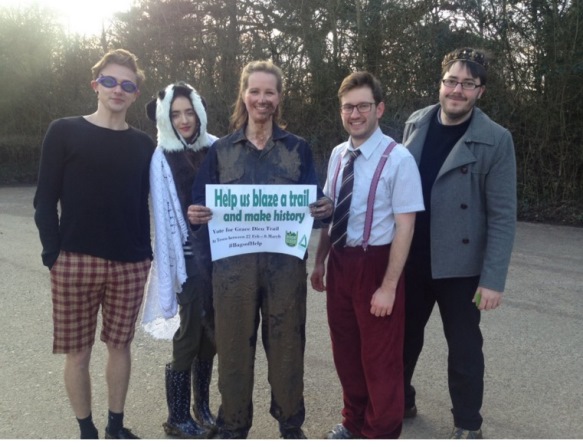 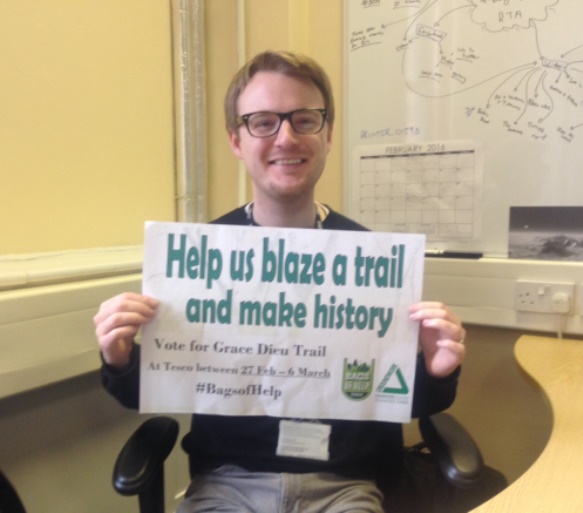 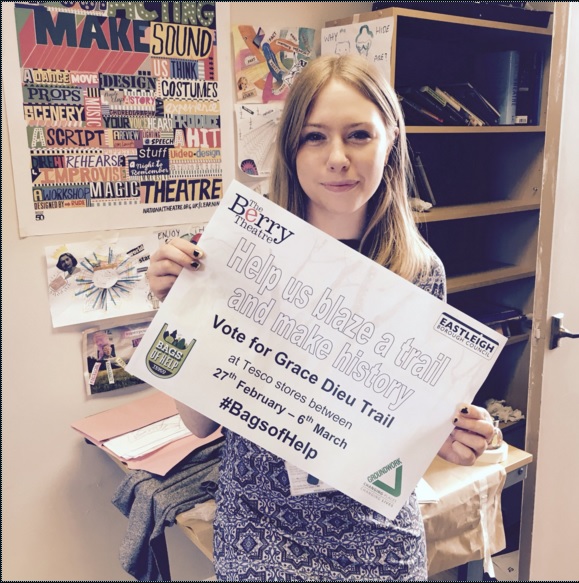 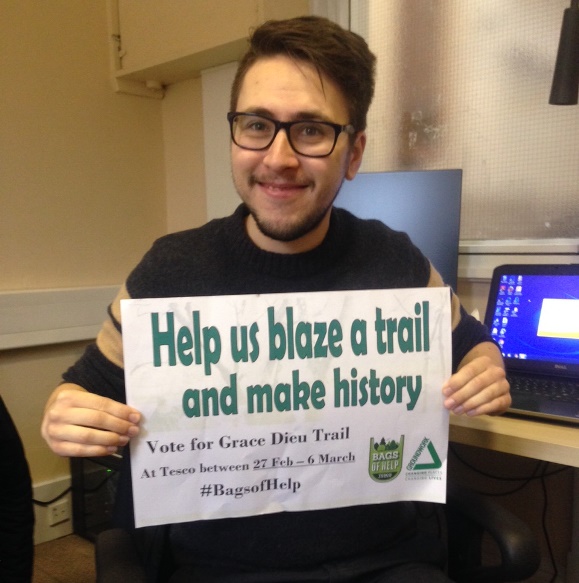 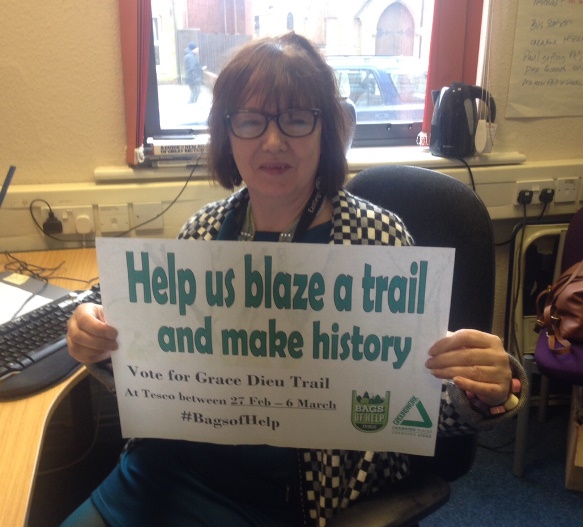 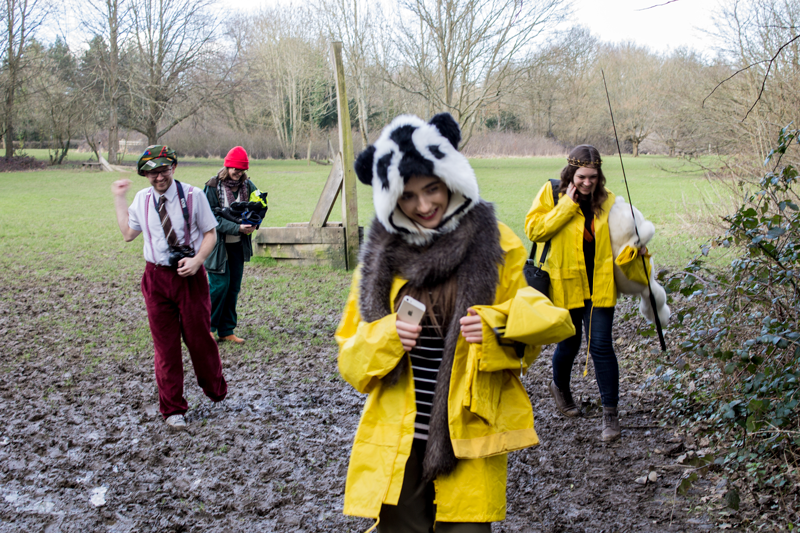 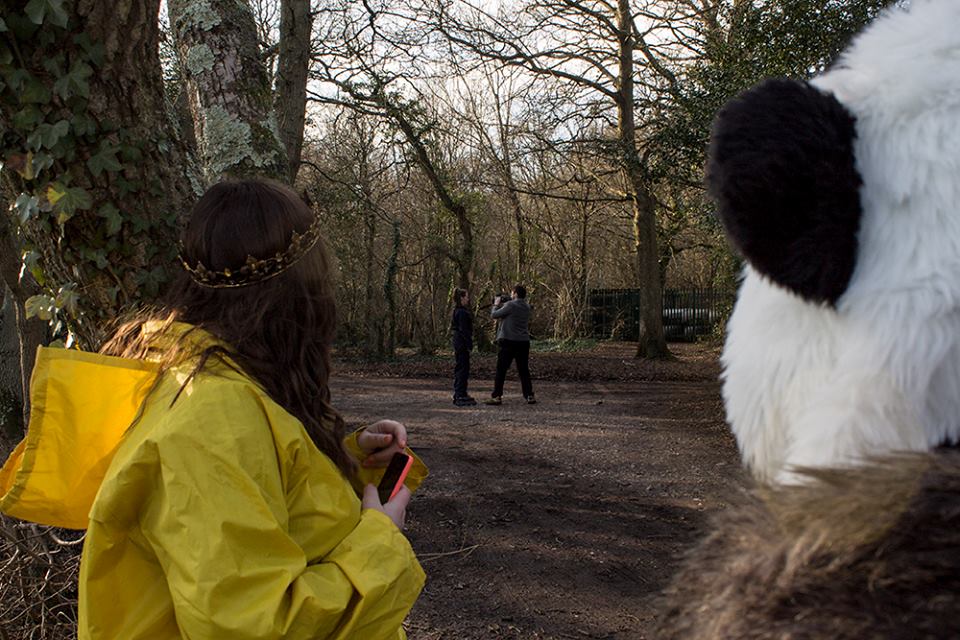 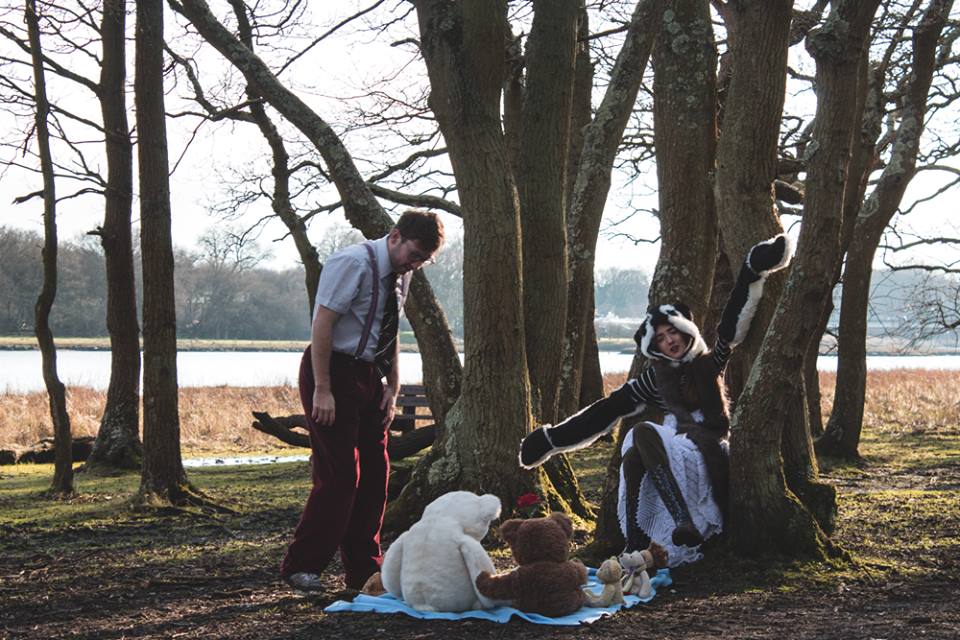 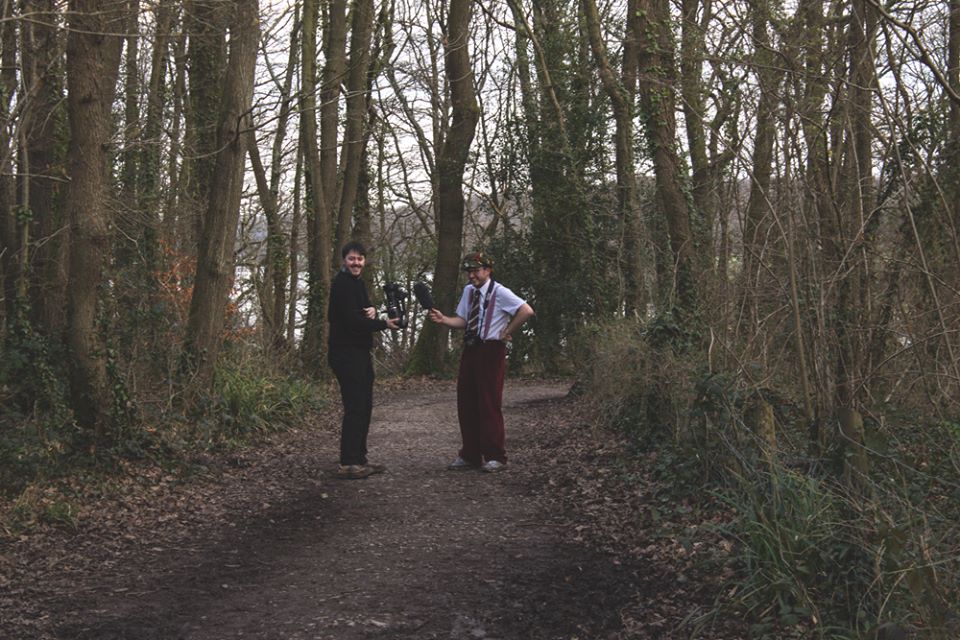 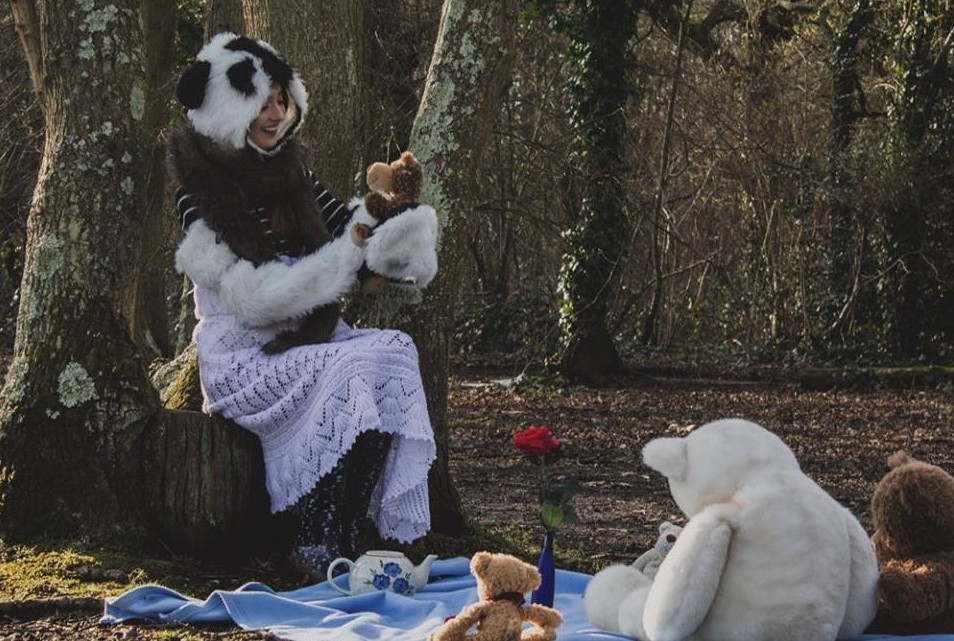 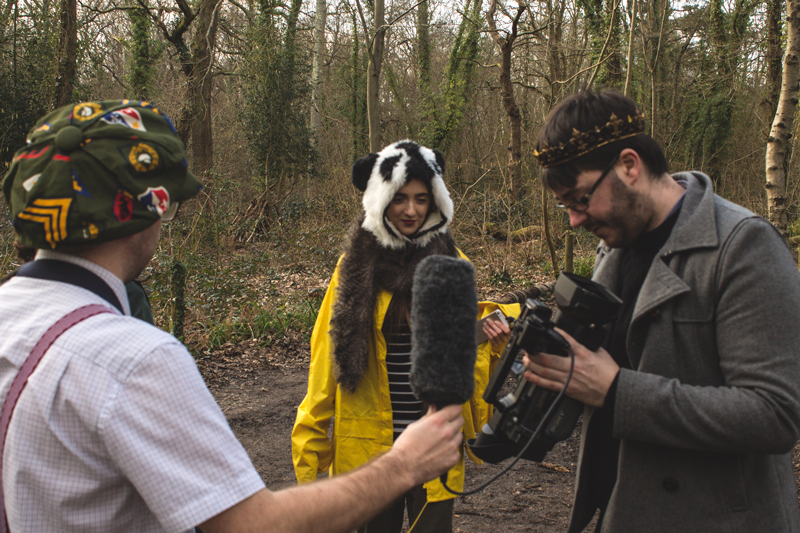