Blood & Valour is a comic book adaptation of the story of Sir Bevis of Hampton, who is the city of Southampton’s (in the UK) legendary hero.  The comic has been created by writer Matt Beames and illustrator Marcus Pullen of Blue Donut Studios.

The story of Sir Bevis of Hampton is a medieval tale of love, hardship and heroic adventure.  It is a tale that dates back many hundreds of years; the earliest known version of the story is titled Boeve de Haumtone and was written around 1175.  It became a very famous and popular story; it was translated into many languages, and is referenced in works by Shakespeare, Chaucer and Bunyan.  King Henry V is also acknowledged to have been a fan of the story, and both he and King Henry VIII reputedly owned tapestries depicting the tale.  In recent years, however, the story is not as well known.  This is something that the creative team behind Blood & Valour hope to change.

The creation of Blood & Valour has been made possible by Eastleigh Borough Council Culture Unit’s Digital Arts Programme Eastleigh (DAPE), a programme that aims to support new talent and emerging businesses working with digital arts to explore inspirational and exciting new ways to present work.

To find out even  more about Blood & Valour, please visit the official website.

Southampton’s legendary icon Sir Bevis of Hampton is to become a comic book hero for the first time, thanks to a collaboration between emerging writer Matt Beames and Tec Hub’s Marcus Pullen of Blue Donut Studios.

Marcus, one of the founding members of Eastleigh’s digital business hub, will design and draw the illustrations based on a script worked on by both him and Matt, which aims to breathe new life into a somewhat forgotten character.

The creation of the comic book, to be titled Blood and Valour, is part of Eastleigh Borough Council Culture Unit’s Digital Arts Programme Eastleigh (DAPE), a programme that aims to support new talent and emerging businesses working with digital arts to explore inspirational and exciting new ways to present work.

The medieval adventures of Sir Bevis, his love Josian and his giant companion, Ascupart, were immensely popular in the Middle Ages and featured battles with lions, giants, and even dragons the size of cities, making Sir Bevis one of the earliest examples of the blockbuster action hero.

It will form part of the two-year Road to Agincourt project, marking the 600th anniversary of the famous battle in France, as King Henry V was known to have read and loved tapestries depicting Sir Bevis’ adventures across Europe.

Matt Beames has also written ‘The Legends of Sir Bevis’, a play adapted from the original texts to be performed by Year 5 pupils from Freegrounds Junior School in Hedge End and Norwood Primary in Eastleigh at The Berry Theatre on March 10th, funded by the Agincourt 600 memorial fund.

The comic will have an initial run of four 26-page issues, aimed at an older audience, but both Marcus and Matt are hopeful that it will become an ongoing series.

Marcus, whose debut The Last Dead End is now available as a motion comic alongside giants Marvel and DC on Amazon’s Comixology store, said:

“Comics can be a very useful tool to kindle an interest in a subject, and they are now taken a lot more seriously than in the past.

“The UK has an excellent reputation for producing comics, and our intention with this is for people to buy into it as an example of great British story-telling in its own right that will sit well in comic book stores and libraries.

“We want to make local history more accessible, and show that history is more than just papers in journals; it is people, how they felt, and the stories they told.”

“I am an avid comic book reader, and one of my biggest influences as a writer is Neil Gaiman, who wrote the utterly fantastic Sandman comics.

“This is the sort of story that lends itself so well, because of its scope and size and the melodrama within it. Bevis fights dragons, giants, and serpents, so there’s so much material to work with from an artwork perspective.

“It is a medium that I love as a form of storytelling, and I am relishing the opportunity of having a go at writing something for it.”

The team behind Road To Agincourt is excited to announce that internationally-renowned Illustrator Guy Stauber is to design bespoke artwork for its latest project Blood & Valour, an all-new graphic novel set to be released Spring 2017.

The artist, who is signed with top New York agent Richard Solomon Artists Representative LLC , is highly-regarded in the world of digital art and illustration having worked with top name global brands such as Marvel, Disney and DC Comics.

The Southampton-based artist will collaborate with writer Matt Beames, associate writer at The Berry Theatre in Hedge End, and illustrator Marcus Pullen from Eastleigh’s Tec Hub to create unique artwork for the new medieval fantasy comic.

Blood & Valour is based on the legendary Southampton figure Sir Bevis whose tales of adventure and epic daring do are said to have inspired the young King Henry V. The comic is described as the retelling of stories of love, loss, adventure and destiny.

Speaking about the project, Guy said: “It’s such an insane story! You don’t hear very many stories like this coming from Southampton, and you certainly don’t see them told in a comic book form.

“The fact that it’s being told by a local writer and illustrator makes it really important, and that’s nice because it becomes a little ‘story behind the story’.”

Guy has recently been working on the designs for a new capsule apparel range for Marvel’s Guardians Of The Galaxy and character illustrations for the upcoming Marvel Studio’s Avengers: Age Of Ultron but working on Blood & Valour has been a new experience for him:

“When I read the script and found out more behind the inspiration I realised what a rich story it is and how fantastical it is. It’s not just historical; there are myths, legends and mythical creatures! It’s fantastic to work on something really quite out there in terms of content.”

The first volume of the comic is set to be released Spring 2017 and is expected to have an initial run of four 26-page issues, with the creators hoping that it will become an on-going series.

For more information on Blood & Valour visit www.bloodandvalour.com or keep up to date with the team on Twitter by follow @BVComic.

“This is the sort of story that lends itself so well, because of its scope and size and the melodrama within it. Bevis fights dragons, giants, and serpents, so there’s so much material to work with from an artwork perspective.”

Blood & Valour In One Minute

We asked the team behind Blood & Valour, writer Matt Beames and illustrator Marcus Pullen, to explain the expansive storyline in under one minute. Find out how they get on with the task here.

The Characters of Blood & Valour

Find out how the characters in new graphic novel Blood & Valour compare to the 14h-century medieval text on which they are based in this insightful In Conversation With… The Berry Theatre’s associate writer and author of the new comic book Matt Beames and Lynn Forest-Hill, academic and author of Bevis of Hampton.

These are some early designs for characters and locations in ‘Blood and Valour’, Marcus Pullen and Matt Beames’ upcoming comic which will tell the story of Sir Bevis of Hampton, Southampton’s iconic local hero. 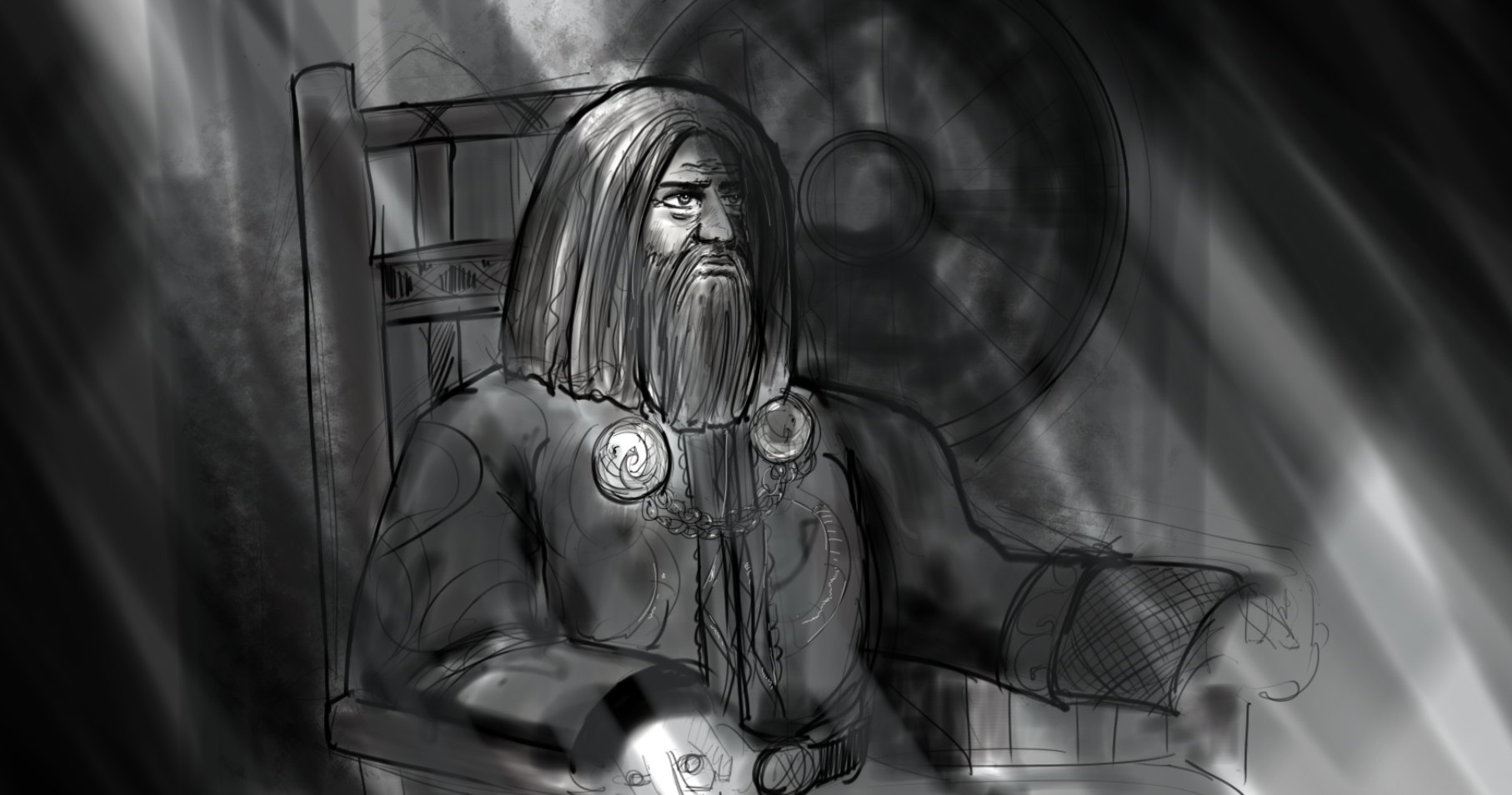 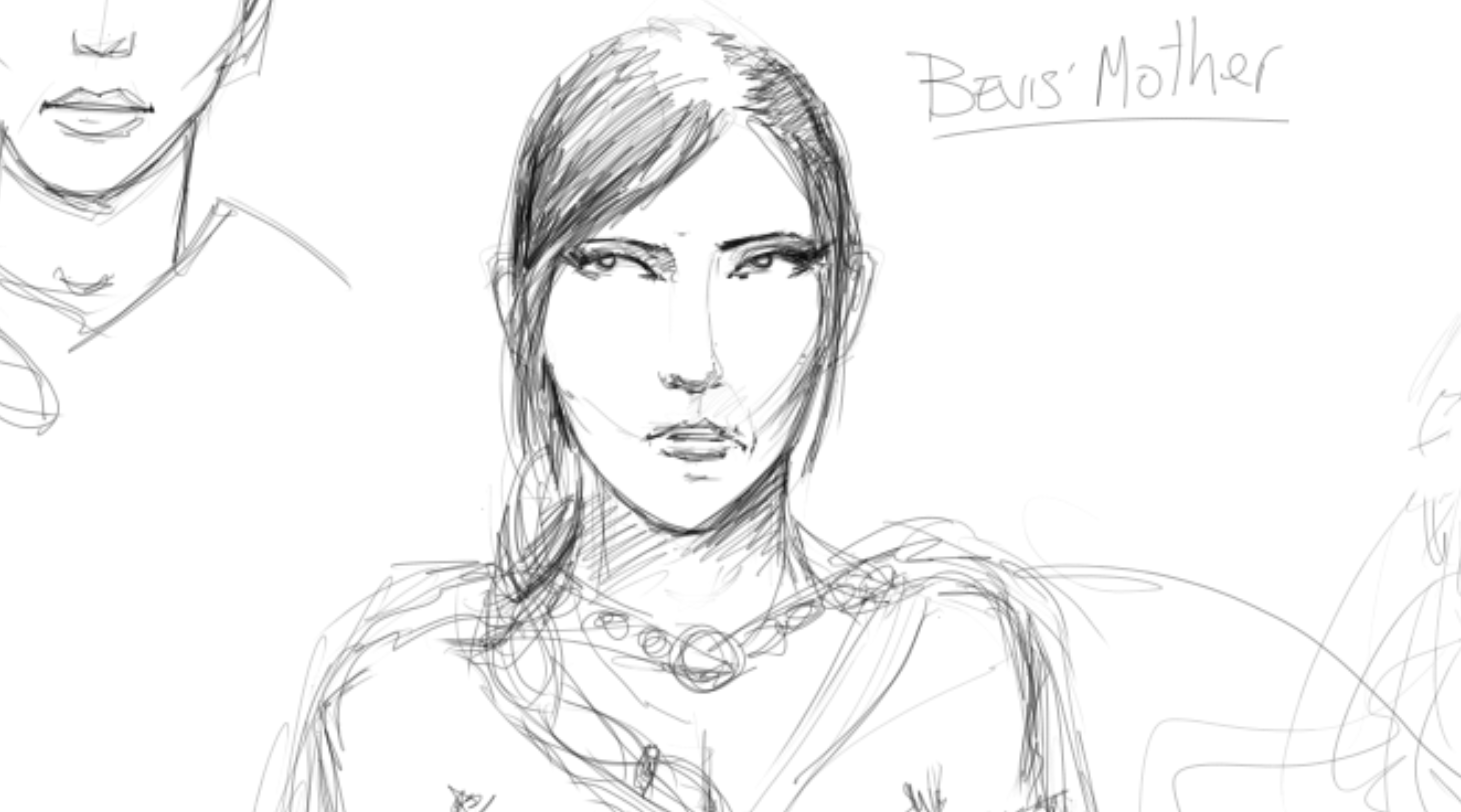 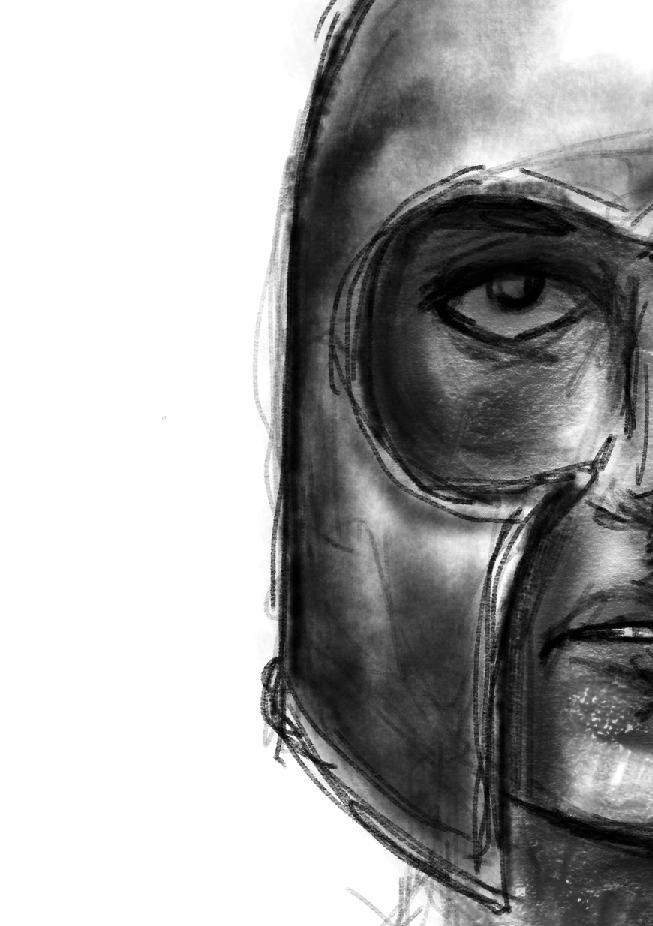 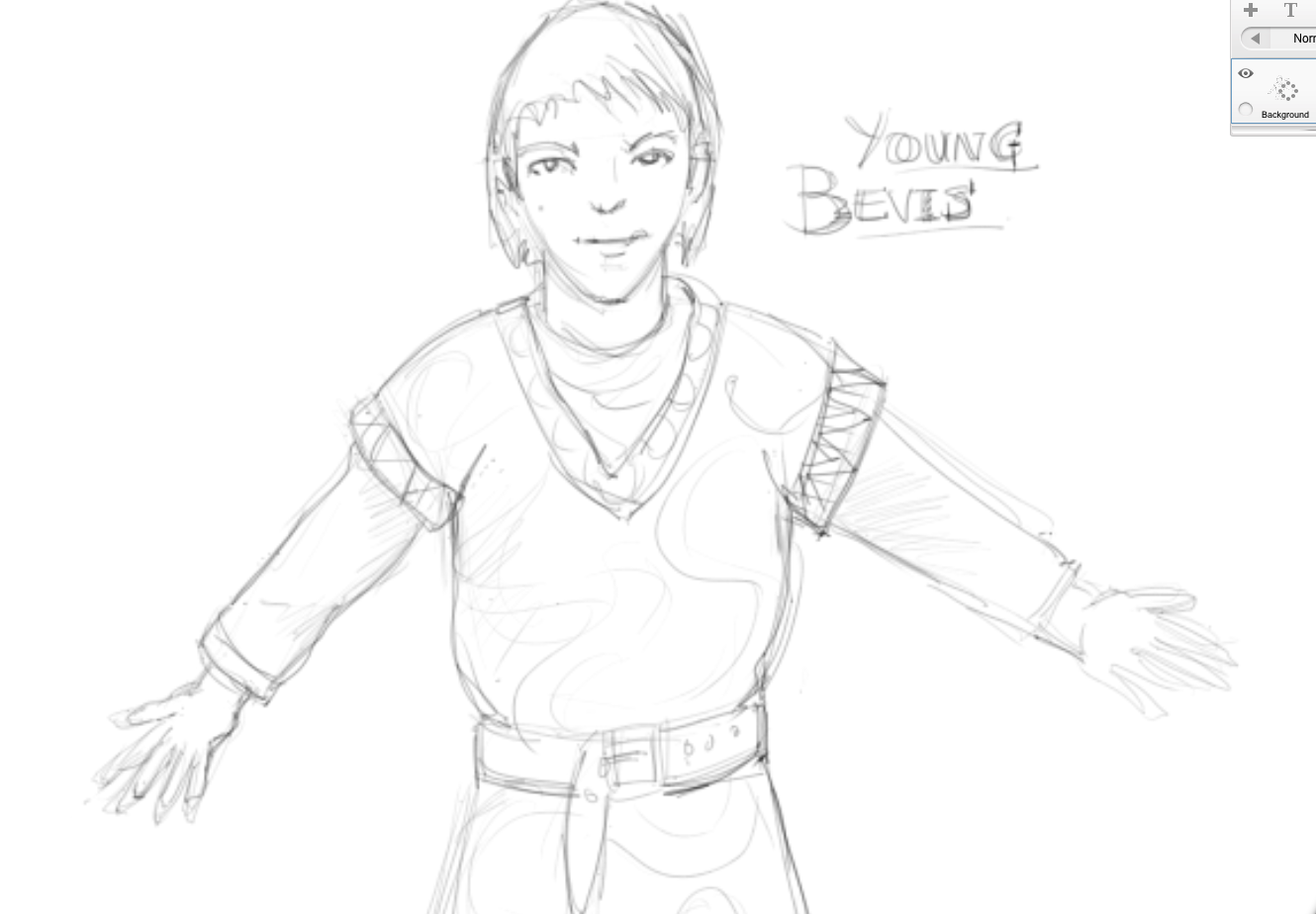 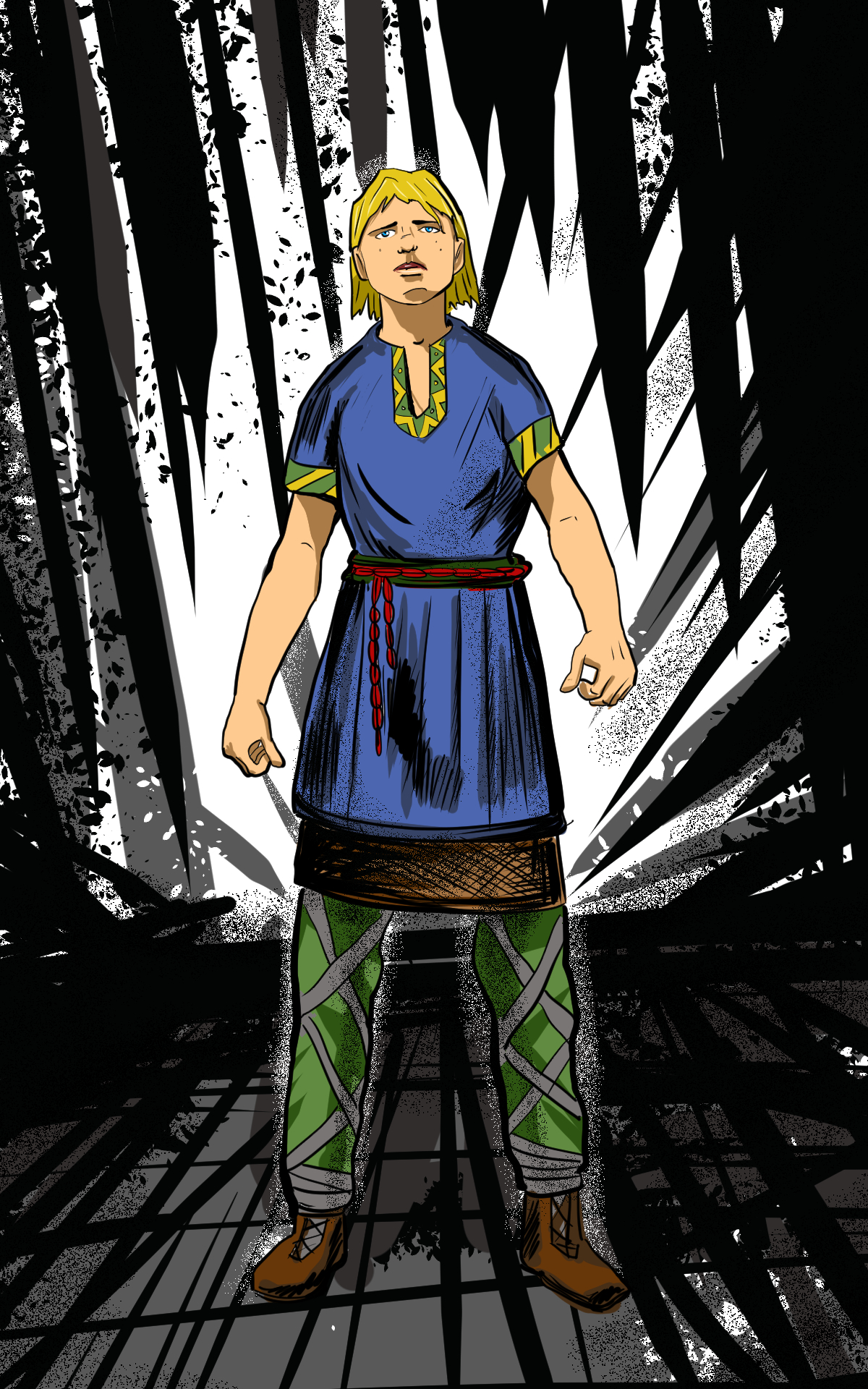