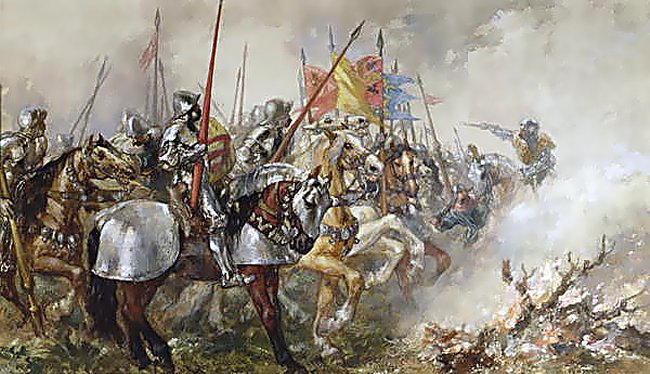 As part of its offer to commemorate the 600th Anniversary of the Battle of Agincourt, the University of Southampton is hosting a Free Online Course. Mark the anniversary of the battle by exploring its history and legacy, with this exciting course.

The Battle of Agincourt, in 1415, is one of the most famous battles in the history of warfare, and one of the most important and memorable English victories. It still captures the imagination today, but why are stories still told about Agincourt? And do these stories represent what really happened on the battlefield? This free online course will explore the myths and realities about the battle, marking its 600th anniversary on 25 October 2015. The two weeks will be led by the foremost academic expert on the battle, Professor Anne Curry.

With Anne, you will learn about the preparations for the battle and its context within the Hundred Years’ War between England and France. You will consider the legitimacy of Henry V’s claim to the French throne and whether his actions in going to battle were justified. Using original archive documents, you will also learn more about the soldiers who met on the field of battle. Who was in the English army and what was it like to be a medieval soldier? Which places in England have significance for the battle? Where was the army recruited from and could YOUR ancestor have taken part in the battle?

Learn what happened on the medieval battlefield

You will then learn about what happened during the battle itself, and examine how myths about the battle have built up over subsequent years. Dan Spencer, one of Anne’s PhD researchers, will examine the kinds of guns and other weaponry which could be found on the medieval battlefield. He will explore how and why the longbow was used at Agincourt with such devastating effect. Finally, we will visit the battlefield itself, to examine what remains at Agincourt today. You will learn about the modern site of the battle and how scientific historical research can transform our understanding of an event which took place 600 years ago. The course will coincide with the anniversary of the battle and will feature contributions from a range of experts on Agincourt. Join the University of Southampton to learn the exciting and enthralling story of the Battle of Agincourt!

Dan Spencer is a History PHD Candidate History at the University of Southampton. His PhD research investigates how and why English artillery developed over the course of the 15th century.

REQUIREMENTS: This course is aimed at both early undergraduate-level students and those with an interest in the Battle of Agincourt, medieval history in general, and medieval guns and other weaponry. It does not require any previous knowledge of the subject.

Agincourt Conference Study Day – Join the University of Southampton for a stimulating Lifelong Learning afternoon study session in conjunction with the international conference to commemorate the 600th Anniversary of the Battle of Agincourt. World leading specialists will be presenting their exciting research, with the afternoon promising to be interesting and thought-provoking ending with well-known author, Dr Ian Mortimer and his lecture on The Meaning of War.

Sign up to join the course by clicking HERE

Run in association with Agincourt600 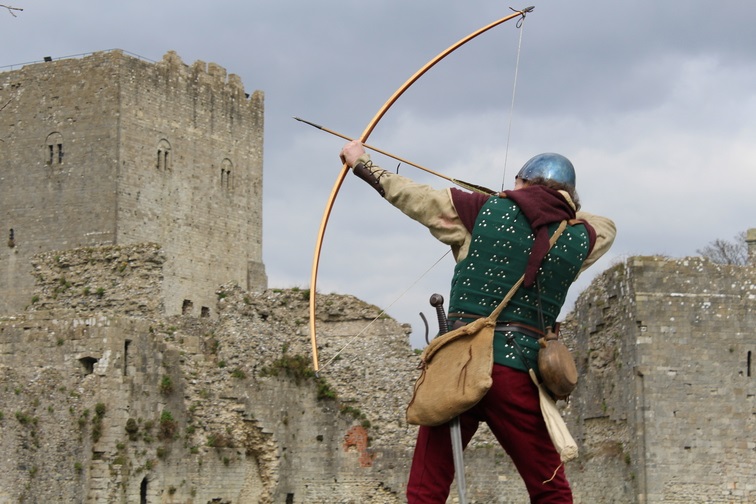 This year marks the 600th anniversary of the Battle of Agincourt and the Weald & Downland Open Air Museum is holding a special open day to increase understanding of this legendary battle for Henry V’s Army. Visitors to this event can enjoy two-for-one entry on admission prices (cheapest ticket free). Visitors to the Museum can take part in a range of historic activities linked to the battle, including trying archery, and short talks will be given about how the sport was used as a weapon of war. Military-style training exercises will be taking place and visitors can hear about how people were recruited and trained for battle, the conditions they would have fought in and the importance of working as a team. These drills promise to be memorable experiences for all involved. Other activities taking place will include:

Interpreters around the Museum site will recount tales of Agincourt, discuss the role of horses in the battle, and demonstrate historic medicines and the treatment of wounds. Display and activities around the Museum’s site will challenge what people think they know about the Battle of Agincourt and encourage people of all ages to consider where these ideas originated, how ideas in history are used at later times and why the battle has been presented in certain ways at certain times in history. Experts, including Dr Cheryl Butler and Dr Dan Spencer will give a free mid-afternoon talk, which will feature a debate, with time for questions at the end.

Understanding Agincourt – A day of activities commemorating the 600th anniversray of the battle of Agincourt.

Booking: Go to www.wealddown.co.uk for more information Supported by Agincourt600

As part of its international conference to commemorate the 600th Anniversary of the Battle of Agincourt, the University of Southampton is hosting a stimulating Lifelong Learning afternoon study session. World leading specialists will be presenting their exciting research, with the afternoon promising to be interesting and thought-provoking ending with well-known author Dr Ian Mortimer and his lecture on The Meaning of War. Programme* : 14.00-18.00

Agincourt Conference Study Day – Join the University of Southampton for a stimulating Lifelong Learning afternoon study session in conjunction with the international conference to commemorate the 600th Anniversary of the Battle of Agincourt. World leading specialists will be presenting their exciting research, with the afternoon promising to be interesting and thought-provoking ending with well-known author, Dr Ian Mortimer and his lecture on The Meaning of War.

Booking: Click here to go through to the event secure online store booking system or email Agincourt@southampton.ac.uk  *This event is free for those that are under the age of 18, full time students or in receipt of benefits, booking is still required through the Online store and proof may be required.

Where are you coming from? Masterclass with playwright Ben Musgrave 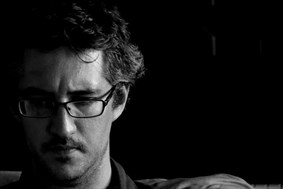 The Berry Theatre is inviting aspiring writers to join it for a masterclass with award-winning playwright Ben Musgrave, the creator of Across The Dark Water.  This playwriting workshop focusses on creating a distinct theatrical world out of places that mean something to us. Ben grew up in Britain, Bangladesh and India. His first play, Pretend You Have Big Buildings won the inaugural Bruntwood Prize. Since then he has been commissioned by the National Theatre and Birmingham REP. His play His Teeth was nominated for an Offwestend.com award for Best New Play. He teaches playwriting at the University of Westminster and Regent’s University. Ben has been receiving rave reviews for his thrilling new play Across the Dark Water. Commissioned by The Berry Theatre, as part of the Road to Agincourt project, Across The Dark Water explores the story of The Southampton Plot, the true story of the conspiracy to overthrow Henry V, told from the plotters point of view. Author and historian Dr Ian Mortimer says of the play:

“The performance and the writing were both superb, and the setting was pretty good too. As a piece of historical drama, it really should be seen by many more people – not so much because it celebrates an important event that took place in Portchester and the surrounding area but because it gets inside the terrors and frustrations of the medieval mind, and like Shakespeare’s history plays, reveals something of the workings of human nature, brilliantly.”

To hear Ben speaking about the production, click here The afternoon masterclass also offers an excellent opportunity to meet like-minded writers and find out about new writing opportunities at The Berry Theatre.

Where are you coming from? Masterclass with Ben Musgrave

Interested in history? Enjoy being creative? Greyladyes Arts Foundation in Old Bursledon is holding an exciting workshop, Road To Agincourt Crafts, for all ages to commemorate the 600th anniversary of the English victory at the Battle of Agincourt in 1415. Think Henry V and ‘Once more into the breach dear friends!’. Create colourful Agincourt banners, pennants, tunics, swords and shields. Construct your very own longbow and design and embellish an authentic battle helmet. There’s even the chance to decorate a replica Agincourt tent … All items will be showcased in a special exhibition to be held in June (click on Exhibitions). A super workshop for all ages.

Imagining Agincourt: Bursledon, Southampton, Hampshire SO31 8BX An exciting two-day workshop to commemorate the Battle of Agincourt, where visitors can make helmets and longbows, and decorate banners, pennants and shields.