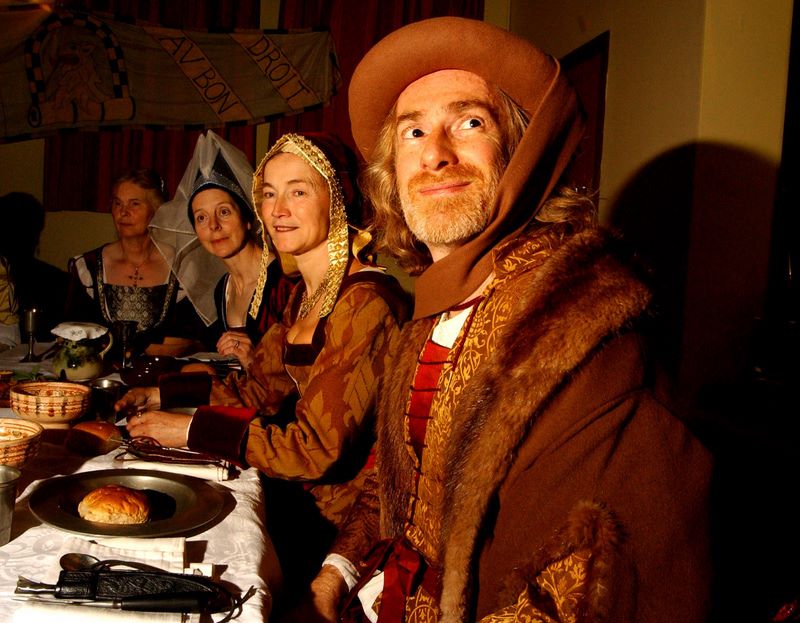 Join Agincourt 600 for a weekend of family fun and revelry as the past is brought back to life In Henry’s Footsteps. Typical of its time, The Medieval Merchant’s House, with its period furnishings, fixtures and fittings, will throw open its doors to give visitors a flavour of life at that time. Meet characters from the period such as ale wives, merchants and squires – and find out just what the young king Henry V was really like. Take part in medieval dancing and singing, enjoy live music played on instruments of the period and see pastimes including spinning and weaving. Find out more about The Southampton Plot, when conspirators plotted to overthrow the King on his way to Agincourt. And if you’re really lucky, you might just get to meet the real King himself.

Medieval dancing and music will be courtesy of Renaissance Footnotes, one of the country’s leading re-enactment groups specialising in portraying the domestic pastimes of the period – particularly the music and dance.

The Medieval Merchant’s House is tucked away within walking distance from the busy city centre in Southampton’s ‘old town’. A residence and place of business, it stood on one of the busiest streets in medieval Southampton, and is certain to have been known to Henry V as he passed through the city en route to Agincourt.

Step back in time to discover what it was like living in the age of King Henry V. Just what did the young king get up to when he stopped in Southampton en-route to arguably one of England’s most successful battle campaigns? Clue: A few heads rolled!

Run in partnership with English Heritage.