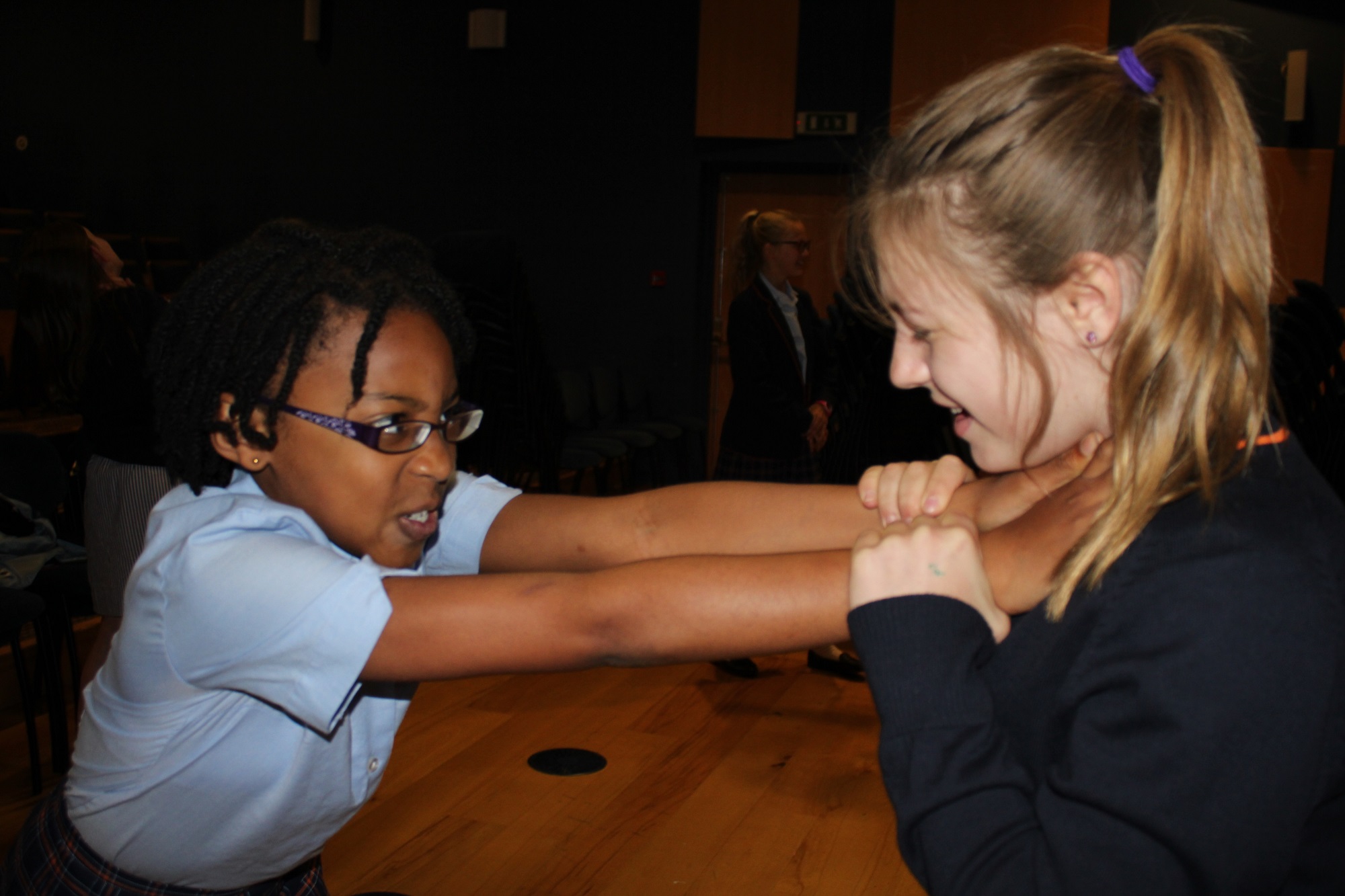 Working with the Creative Team from The Berry Theatre in Hedge End, students from the whole school (YRs 7 to 12) watched a series of thrilling stage fighting demonstrations before YR 7 pupils took part in workshops in which they learned the art of stage combat.

Fists flew, knees buckled, punches were dodged, hair was pulled, heads were butted – but not a single pupil was harmed in the process!

The workshops are part of The Berry Theatre’s drive to encourage young people to audition for its upcoming production The Road To Glory, a play which commemorates the 600th anniversary of The Battle of Agincourt.

The Road To Glory is written by award-winning scriptwriter Neil Duffield and will receive its world premiere at the The Berry Theatre on October 30. The story follows of a group of young villagers who enlist in King Henry V’s army and set sail from Southampton to claim the throne of France for England.

The production will feature a re-imagining of the now legendary Battle of Agincourt so anyone who lands a part will receive professional stage combat, archery and acting coaching.

Drama Development Manager at The Berry Theatre and director of the show Daniel Hill said: “We were delighted to be able to take our stage combat workshops into St Swinthun’s School. The pupils approached them with real gusto and seemed to thoroughly enjoy themselves.

“There were several who really got into character; it was all rather convincing!”

Auditions for The Road To Glory will be held at The Berry Theatre in Wildern Lane, Hedge End, on Sunday, June 21 from 12pm to 1.30pm, 2pm to 3.30pm and 4pm to 5.30pm. They are open to any young person aged between 14 and 21 years old. No acting experience is necessary.

“The auditions for the performance are workshop based so there is no need to prepare anything and no previous acting experience is required,” said Daniel. “I’m looking for anyone who shows real enthusiasm and who has the time to commit to the rehearsal schedule.

“This is a wonderful opportunity for young people. We’re recreating the Battle of Agincourt on stage so it’s going to be memorable, too!”

For more details about the auditions and/or to book an audition time, contact Lewis Mullins at lewis.mullins@eastleigh.gov.uk or phone 02380 627806.