Henry V Throughout History: Unto Southampton Do We Shift Our Scene 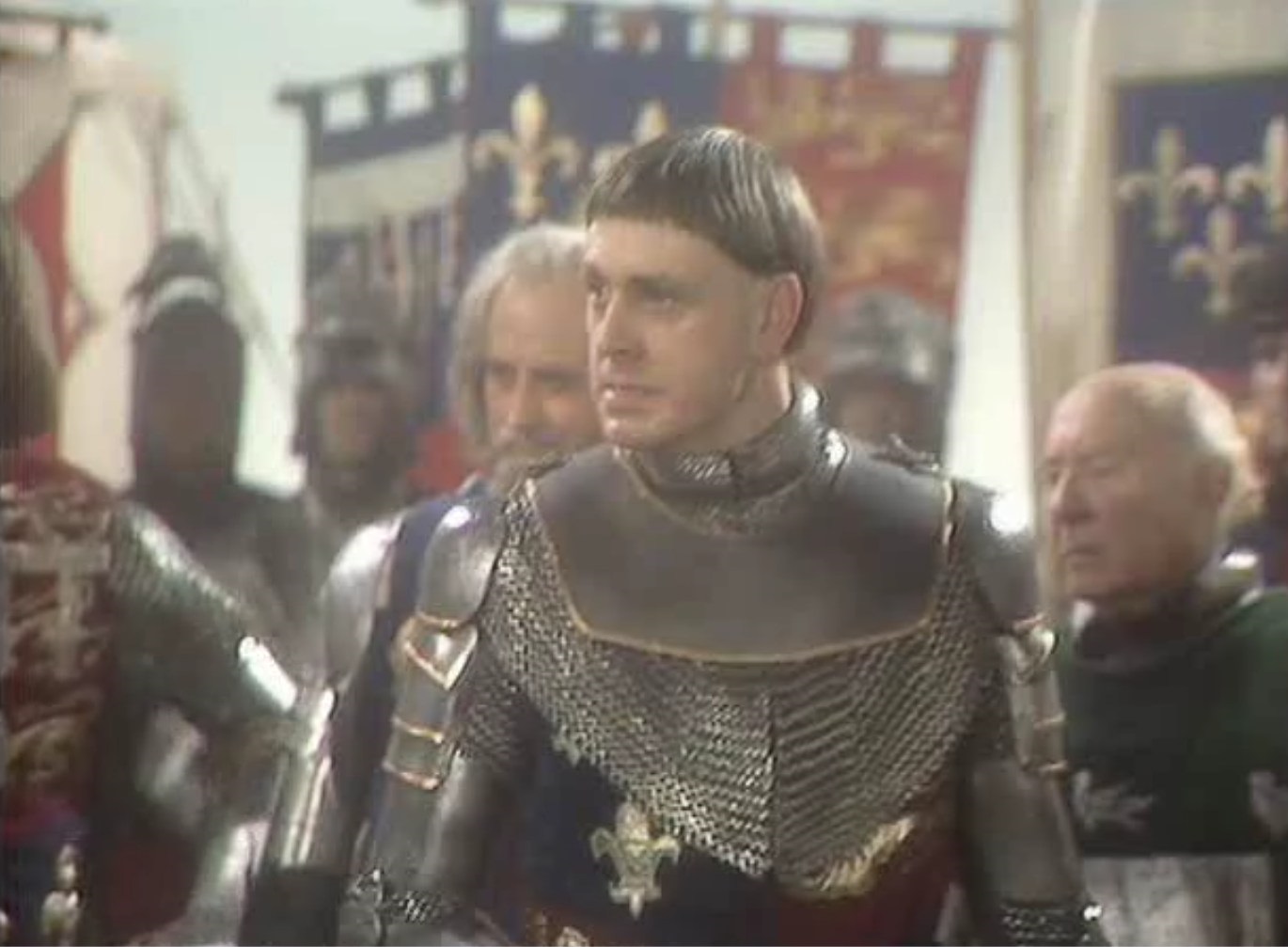 As we continue our journey through the cultural legacy of William Shakespeare’s Henry V, we come once again to the 1979 TV film produced by the BBC…

In my last blog  I looked at how this televised version introduced King Henry as a glamorous but somewhat out-of-place ruler, with a very changeable temperament. Now, we will analyse how this version dealt with the Southampton Plot – a part of Henry’s story that often gets overlooked in the adaptation process.

For those unfamiliar with the Southampton plot, here’s a basic summary. The Southampton plot a conspiracy shared among a collection of Henry’s lords (addressed as Scrope, Grey and Cambridge). They intended to overthrow the king and replace him with Edmund Mortimer, who also had a biological claim to the throne through his great grandfather, who was the second surviving son of King Edward III. In Shakespeare’s play, it’s made clear that the French have funded their scheme.

If these events seem unfamiliar, that’s probably because they are removed entirely in Laurence Olivier’s famous Henry V film from 1944. In fact, the 1979 TV film is the earliest adaptation of Henry V to feature the Southampton Plot that is readily available on DVD today. There had been several stage and television versions (no longer available) in the interim between 1944 and 1979, though, so these events may well have been familiar to members of the viewing audience.

Director David Giles makes sure to keep the audience in the loop, though, including as much detail as possible. In a castle-like structure explained to be Southampton, three other lords (Exeter, Bedford and Westmoreland) stand in a close huddle explaining that, while the King is aware of the plotters, the traitors themselves don’t know this. Exeter, Bedford and Westmoreland are resplendent in glamorous outfits, leaving no doubt that these are rich and successful men.

After their short dialogue ends, the King and the traitors enter together. “Now sits the wind fair, and we will aboard,” says David Gwillim’s Henry with a façade of merriness. Having already seen this version of Henry as quick-to-anger in the opening scenes (unlike Olivier’s nought-but-honourable version), we’re now seeing another side of the character – duplicity.

As the scene continues, Gwillim plays Henry as a brilliantly deceptive King, leading his doomed lords in a chipper discussion of the upcoming war effort. “Think you not that the powers we bear with us will cut their passage through the force of France, doing the execution and the act for which we have in head assembled them?” he asks, goading the traitors to praise his assembled soldiers and thus embarrass themselves. Gwillim plays this marvellously, with a smarmy confidence that brings a dimension of changeability and mystery to the king.

After the lords’ (played with complete gullibility by Ian Price, David Rowlands and William Whymper) praise Henry’s amassed ranks through gritted teeth, this TV adaptation continues to include every line possible from Shakespeare’s original text. Henry instructs Exeter to release a man from custody who had ‘rallied against our person’ [meaning: he had bad-mouthed Henry] the night before. Clueless to Henry’s goading, the traitors encourage the King to punish him instead, effectively signing their own death warrants by encouraging the King to be harsh on those who speak out against him.

In a spot of expert timing by Shakespeare, Henry then delivers their actual death warrants, passing out paper to each of them. Written upon it must be their fates, as one by one the traitors grow pale and remorseful. They suddenly stand up and turn to face Henry, who is now surrounded by guards. They begin begging for mercy, as they do in the original play.

Suddenly, Gwillim makes Henry sinister, far more sinister than ever seen in Olivier’s heroic version. “The mercy that was quick in us but late by your own counsel is suppressed and killed. You must not dare, for shame, to talk of mercy,” are lines delivered with a sneer by Henry, instantly making the King a more angry and harsh character than seen in major motion pictures to this point.

Then comes an angry speech, where Gwillim delivers Henry’s bitter lines with a deep anger behind them. He leaves long pauses between words as he calls Scrope a “cruel, ingrateful, savage, and inhuman creature,” adding a further sense of viciousness to the betrayed King. As he finishes his speech, though, he appears to be on the verge of tears. This really is a terrific performance from Gwillim, who paints Henry as a vengeful-yet-conflicted King.

Henry sentences the men to death, and instantly this version of King Henry has a whole other side that was entirely absent in Olivier’s portrayal. It’s a more changeable King, and a truly beguiling character to get your head around.

Next time, we’ll see how this conflicted Henry fares later in the film, as the action moves from Southampton to France.