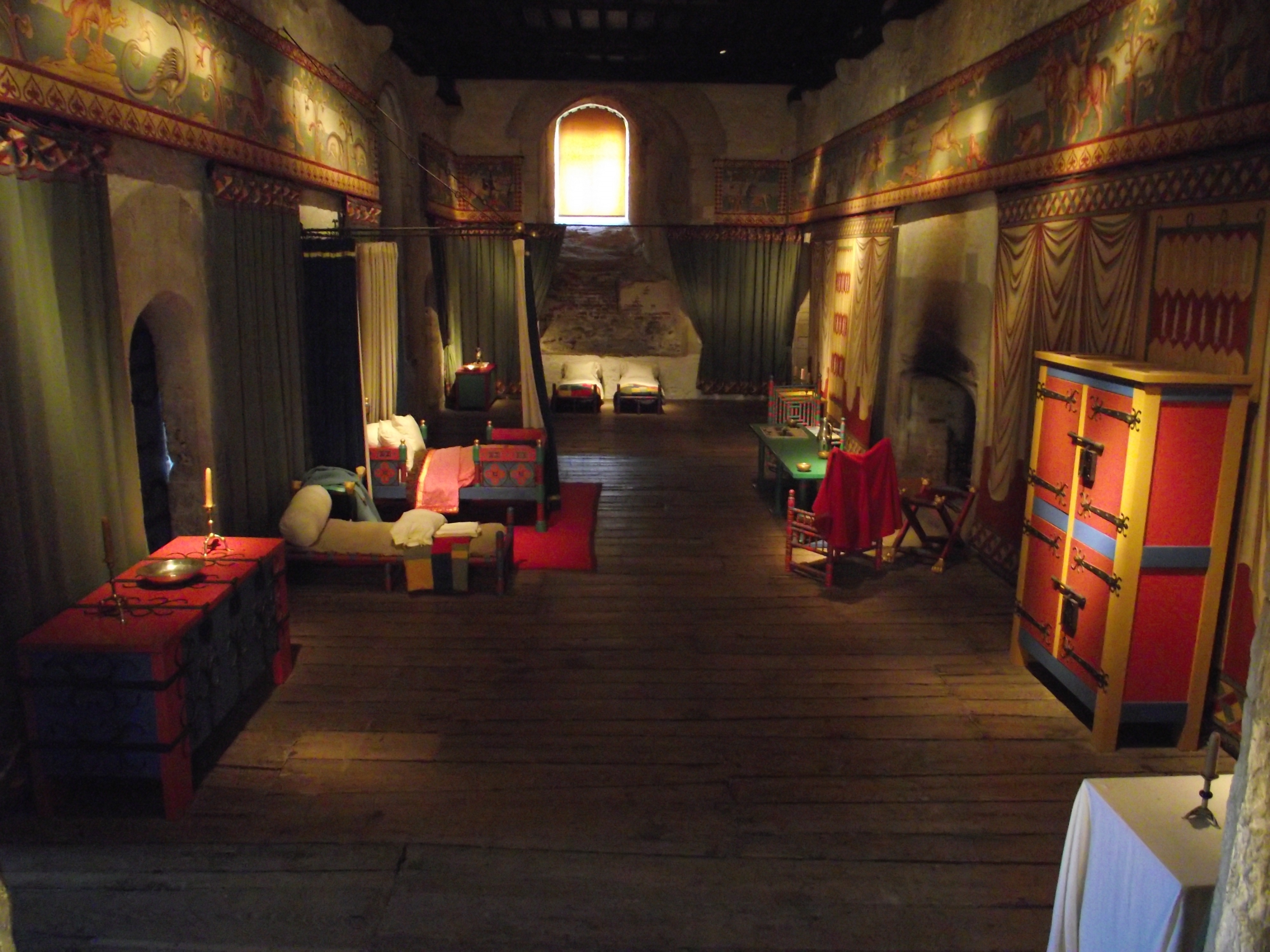 Following on from my previous post this one will turn to discussing the upper chambers of a late medieval building. As I previously state late medieval buildings are laid out in a particular way. The high end of the great hall leads into a group of rooms traditionally called the “private apartments” access to these rooms is strictly controlled to those of a high status (not including castle workers). The deeper into a building the more controlled the access and, therefore, the higher status of that space. This is easy to see at Hampton Court Palace where Henry VIII had seven rooms leading from the Great Hall into his dining chamber. This has also been linked to understanding whose rooms they belong to. Women’s rooms are generally harder to enter and often have access to a chapel (which will be discussed in more detail in my next post).

The suite of rooms usually consists a withdrawing chamber and bed chamber although this spaces were considered as transient spaces and had different uses at different times of day (Ash 1965b) (Eames, 1977: 217). We discuss these rooms as private spaces but the meaning of private is not how we would consider it in today’s language. It is meant as an area of separation, as the tasks undertaken and needs that were accommodated in this space were still very public. Instead this division of space was an act of power marking status (Woolgar, 1999: 50). Bedchambers were accessed by more than their owners and were given up for high status visitors: the bed was considered a working space for the lord to receive guests.

The withdrawing chamber was used to receive guests and, later in the period, was often used as a dining room for those of high status. Piers Ploughman voices his disgust at this practise

“… the rich nowadays have a habit of eating by themselves in private parlours […] or in a special chamber with a fireplace of its own. So they abandon the main hall, which was made for men to eat their meals in” (Langland 1966b: 115).

Furnishings would consist of trestle tables and seating: things which could be easily dismantled and used for a variety of purposes.

Image 2: Visualisation of a withdrawing chamber

Medieval rooms are (surprisingly) brightly coloured and richly decorated. Wall hangings (and later tapestries) covered the walls and beds were richly decorated. Even furniture was brightly coloured. Following are some photos from 58 French Street, Southampton, where some of our events have been staged. It holds reconstructed furniture and fittings of the period which give a great insight into the style of the time.

Main Image: Bed Chamber at Dover Castle. There is access to this room at either end and the space clearly has multiple uses