Shakespearience 2015: And So It Begins 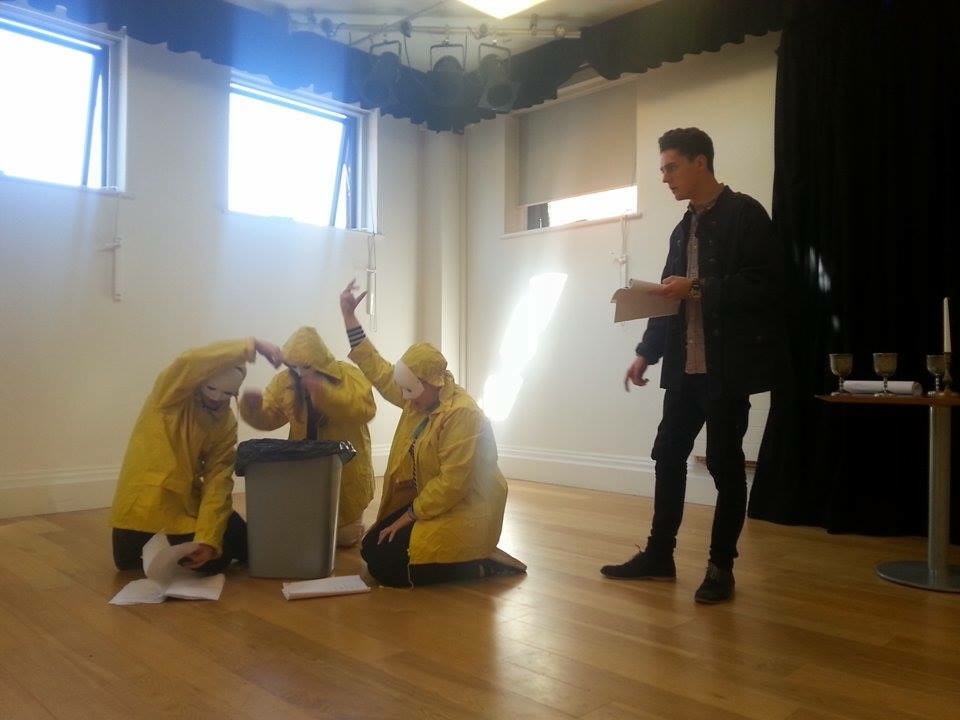 “I conjure you, by that which you profess,

Howe’er you come to know it, answer me”

Next week a cast of six young actors from Barton Peveril Sixth Form College begins a week-long tour of the local secondary schools participating in Shakespearience 2015. They hope to spark the imaginations of Year 9 audiences, with their 10-minute, whirlwind version of Shakespeare’s ‘Scottish play’, Macbeth.

The talented group has worked for less than 24-hours to devise an exciting, much shortened but loyal version of the play with the aim of catching the attention of the pupils and engaging them in the words and action of the bard.

In the rehearsals, the Barton students have used some of their own influences, such as expressionism and mask work to shape some of the scenes. The witches’ physical sequences have been particularly arresting as they silently operate a puppet for Banquo’s ghost and manipulate the dagger in front of Macbeth’s eyes.

After presenting the piece in assemblies, the Year 9 children will be asked to volunteer to form part of a new company which will come together to stage a new adaptation of Shakespeare’s Henry V at The Berry Theatre in November. Teachers will be asked to select interested pupils, who will begin rehearsals in October.

Shakespearience: Henry V, adapted by Daniel Hill, forms part of the Road to Agincourt project. Shakespearience gives Year 9 students from local secondary schools the opportunity to work together under the direction of The Berry Theatre’s Drama Development team and mentored by Barton Peveril College performing arts students to create a reduced version of a Shakespeare play.

Blog author Lucy Fennell is a Drama Education Officer with The Point and The Berry Theatres.