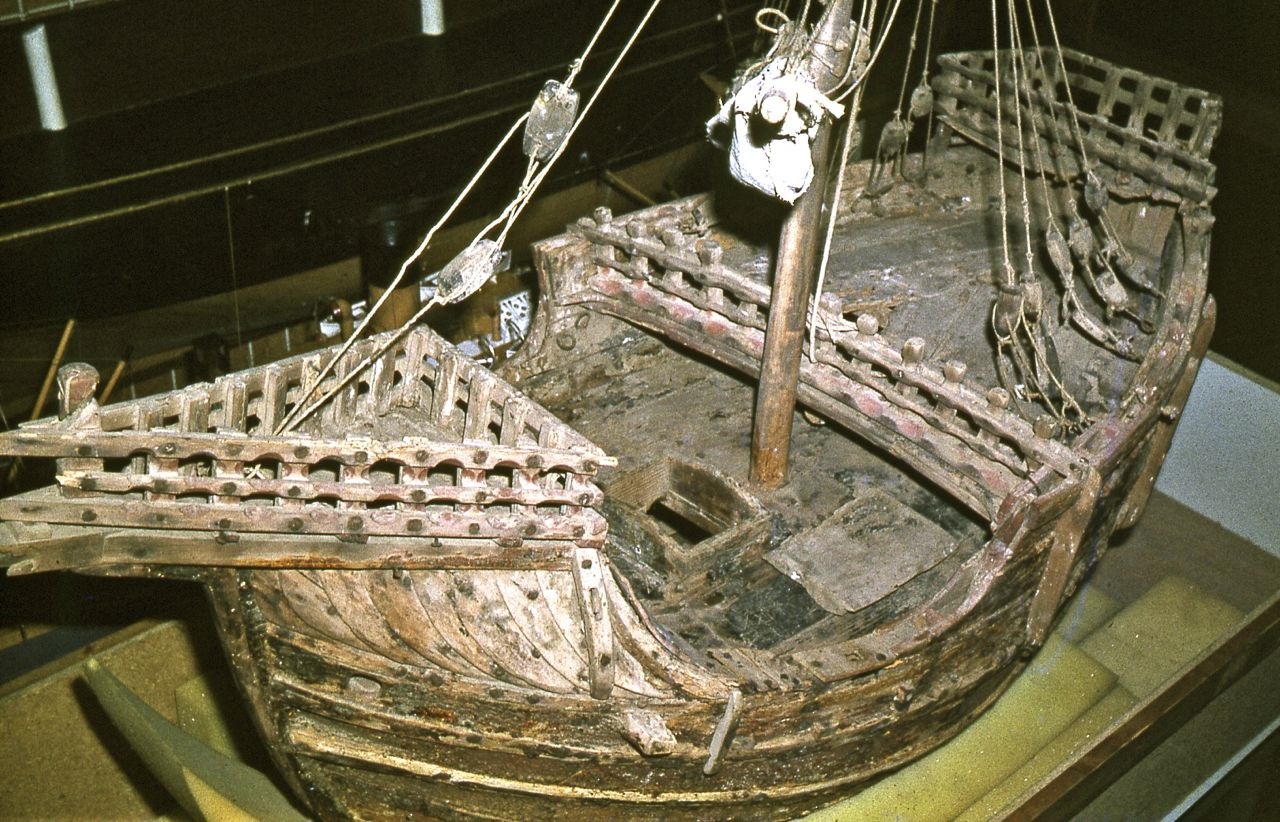 Everyone knows what a ‘navy’ is, don’t they?  Usually, it is taken to mean a state fleet of some kind, like the British Royal Navy, or a mercantile marine such as the UK’s Merchant Navy. Neither usage fully expresses what 15th-century English people meant by the ‘navy’ of their country.

One of the challenges I encountered in writing my new book, Henry V’s Navy – The Sea-Road to Agincourt and Conquest 1413-1422, was how to define the phrase ‘Henry V’s navy’.[1]   You can get a bit too hung up on semantics (which is another way of saying that terminology can drive you round the bend), but it’s important for readers and (fingers crossed!) potential purchasers that a history book has a clear title. The difficulty with understanding the usage of the word ‘navy’ in the Middle Ages is that medieval people interpreted it in a variety of ways.

‘Navy’ was one of many terms imported into Middle English from Norman-French, and its original meanings were pretty vague. The Old French phrase par navie could simply mean ‘by sea’, but just to make things more awkward, the noun could also stand for a single ship or a body of ships. ‘Navy’ was current in written English by the late 1300s, and by then was generally used to denote ‘a group of ships’.[2]

The problem is, ‘navy’ didn’t always mean quite the same kind of shipping. In October 1416, for example, merchant shipowners in Parliament complained that the Crown was not paying ‘tontight’, the fees (based on tonnage) paid to owners whose ships were arrested for government service. They said that this was ruining them and destroying the ‘navy’ of the realm. By ‘navy’ they meant the trading fleet of England – the ‘merchant navy’, in effect.   In other contexts, ‘navy’ could be used to denote all the shipping of England, both the merchant fleet and the royal ships, as happened in a call to arms made in 1419.[3]

Medieval England did not have a state navy. The closest thing to it was a group of vessels called ‘the king’s ships’, but these were, quite literally, the personal possessions of the king.[4] That said, one of the functions of the king’s ships was to act as a national war fleet, and Henry certainly had this in mind. He started out in 1413 with only two seaworthy royal craft, but by 1417 owned one of the most powerful naval forces in Christendom. This comprised more than 30 vessels and included some of the biggest and most technologically-advanced warships in Europe. Of course, as these were all his goods and chattels, the monarch could use his ships for any task he wanted, warlike or not.  This is why Henry V’s ships could be found hauling wine from Bordeaux, coal from Newcastle and wool to the Low Countries. The ships seem to have acted as escorts to merchant convoys on some of these ventures, but the cargoes carried by the royal vessels were commercial ones. The income from freight payments was ploughed back into running the royal fleet.

How about the other ‘navy’, the English trading fleet whose problems were lamented by MPs? There is no single phrase that precisely describes this group of vessels, because its functions included fishing, passenger transport and piracy, as well as sea trade. ‘Merchant fleet’ will have to suffice, but whatever one wants to call this body, age-old government powers meant that all of its sailors and ships were subject to arbitrary conscription or ‘arrest’ for royal service. Shipping arrests were commonplace in Henry’s time, because, powerful as it became, the king’s fleet could only undertake major operations if backed-up by significant numbers of other vessels. Does this mean that the king’s ships and the English merchant fleet represented the full extent of Henry’s navy? Not quite.

Various pieces of evidence have led me to believe that Henry’s England was short of both sailors and ships. There isn’t space to explore this in any detail here, but the shortage was so bad that the fleet for Henry’s 1417 invasion of France appears to have included more or less any English vessel that could float. Even tiny Yorkshire river ports like Fishlake and Roecliffe, which are miles inland, found their ships pressed into service that summer.

One very clear sign of the problems within the English shipping industry was that Henry hired or arrested hundreds of vessels from abroad. These augmented his 1415 and 1417 invasion armadas, as well as featuring in English battlefleets and ‘seakeeping’ patrols. The majority of these foreign ships were Dutch. Sailors from Amsterdam, Dordrecht, Rotterdam and other places in the Low Countries found themselves aiding and abetting Henry’s quest for the throne of France.

Dutchmen were not the only foreign mariners in English service. Ships from Prussia, Portugal and Venice also went to war on England’s side. The Venetian vessels were great carracks arrested for use as warships, to the horror of Venice’s government, which wanted no part in the Anglo-French conflict.

Given the diverse origins of the fleet fielded by Henry’s England, the definition of ‘Henry V’s navy’ that I have used in the book is a very wide one: that of ‘the ships that served the king’.   This multinational mix of crews and ships ultimately made possible both Agincourt and the English conquest of Normandy. Of course, the people of early 15th-century England and France would have been better off if Henry’s naval victories had never happened. However, it was their misfortune to live in the time of a king who understood how to use seapower to get what he wanted, a king who did not count the cost – monetary, material or human.