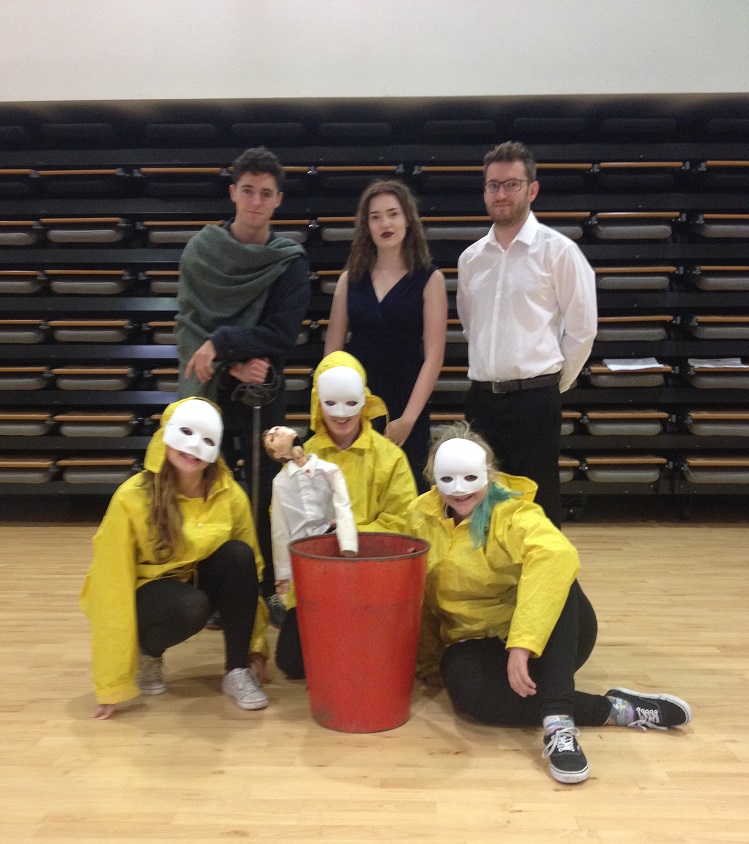 The final piece ended up being nearer to 15 minutes but was well received by the Yr 9 pupils who were keen to ask questions about the performance. Many wanted tips on learning a Scottish accent and others asked about how best to approach a Shakespeare monologue. Some had already studied Macbeth in school, for others this was their first introduction to the play.

There was a palpable tension in the room when I asked who might want to join the cast of Shakespearience to stage Henry V; we can only take five pupils from each school and there seemed to be many more who were interested in taking part. Their teachers will select the individuals who they think will benefit from the experience most.

The Barton students were so engaging and passed on their obvious love of the language and stories of Shakespeare. Their commitment to a week of very early mornings and to devising the piece in such a short rehearsal time is testament to their enthusiasm. Several of the cast will join us as mentors as we move into rehearsal for Henry V in a couple of weeks.

Shakespearience: Henry V, adapted by Daniel Hill, forms part of the Road to Agincourt project. Shakespearience gives Year 9 students from local secondary schools the opportunity to work together under the direction of The Berry Theatre’s Drama Development team and mentored by Barton Peveril College performing arts students to create a reduced version of a Shakespeare play.

Blog author Lucy Fennell is a Drama Education Officer with The Point and The Berry Theatres.