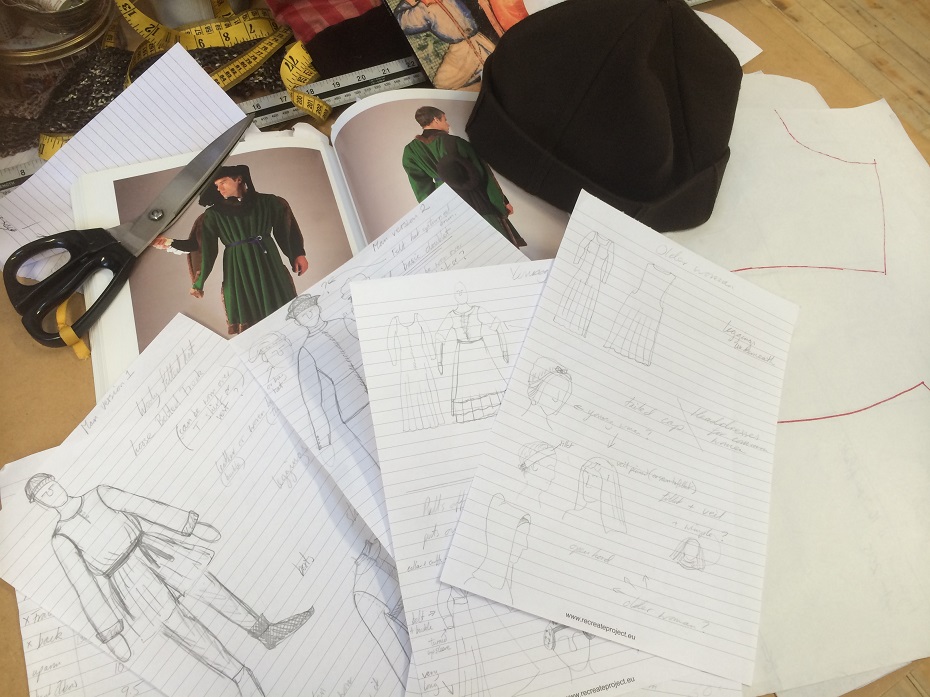 An artist based at Eastleigh Borough Council’s design and maker studios The Sorting Office has been commissioned to create costumes for a new play about Agincourt.

Historical costumier Helen McArdle, who is fast becoming one of the region’s leading costume makers,  has been commissioned by Now Heritage to make around 20 pieces for the play A Mouthful of Earth which has been written by Deborah Gearing and is supported by the Agincourt600 project.

The play commemorates the 600th anniversary of the Battle of Agincourt and looks at the connection of Hampshire to the now legendary battle, telling the story through the eyes of drummers, wives and long bowman. The title of the play refers to the soldiers of the day who it is understood put earth in their mouths before going into battle so that if they died it was on their own soil.

It features a cast of three actors, one male and two female, and six dancers. Helen will be making costumes for all the performers, including tabards, tunics and headpieces.

As well as needing to look authentic, the costumes have to be simple enough for the actors to change easily as there are a number of different characters that each of them play.

“It’s very exciting to be part of this production,” said Helen from her studio at The Sorting Office in Eastleigh Town Centre. “It’s a challenge being the sole designer and maker on the project but luckily I am used to the demands and pressures of working on theatre productions having previously worked at the Royal Shakespeare Company.”

More familiar with working on costumes from the Regency period, Helen has had to quickly get to grips with Medieval styles and fabrics and is now quite the expert in kirtles, doublets, braies, surcotes, cotes, barbettes and tailed caps.

For inspiration, Helen has been meeting with local historical groups, visiting medieval sites and working through the must-have bible for any medieval costumier, The Medieval Tailor’s Assistant by Sarah Thursfield.

“The styles are less flamboyant and the materials more raw than those from the Regency period,” explained Helen. “Medieval period clothing is more naturalistic, flowing with lots of draping made from simple fabrics such as linen and wool which is all they had available at the time.”

And how is Helen finding working in a different historical period?

“It’s refreshing to design and make clothing from a different historical period. And what’s really good is that it gives me the opportunity to mess around and have fun with new techniques.”

A Mouthful Of Earth is being performed at three local sites connected with King Henry V and his journey to the Battle of Agincourt: Bishops’s Waltham on October 23; Fort Nelson on October 24 and the Great Hall in Winchester on October 25.

To find out more about Helen go to https://www.facebook.com/helenmcardlehistoricalcostumier