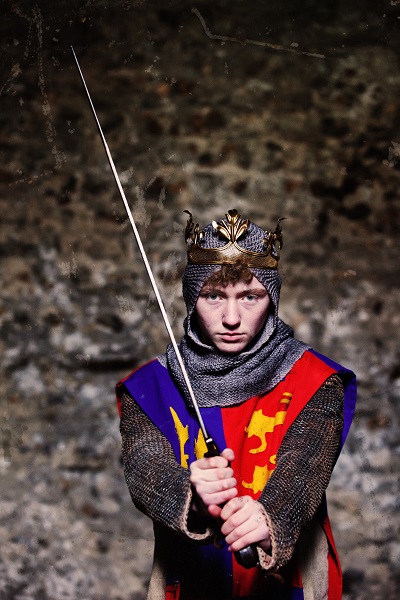 Last week, we started our rehearsals for Henry V with an enthusiastic cast of Year 9 students, many of whom did not know each other. We started with some games and exercises to create a strong ensemble and, by the end of the first rehearsal, there was already a real sense of these young people forming their own unit and beginning to take care of and work with each other.

The nature of the project means we have a particularly short rehearsal period so the enthusiasm and commitment of these young people is integral to the process and I have been astounded by their hard work and positivity so far.

For most of them, this is the first time they have worked on a Shakespeare text and many have also never worked with a professional creative team before. I cast the show almost straight away and the cast have been learning their lines at home, with great success.

I recently took part in two workshops with the RSC which were invaluable in providing me with new ways to approach the text. Particularly exciting was the recommendation to do away with any immediate cognitive engagement with the text, or attempts to unpick and define the meaning straight away. Approaching the text using voice to ‘feel’ the words and rhythms, as well as paying close attention to the punctuation meant that it was far more illuminating when you did eventually engage your understanding of the meaning. I have fed a little bit of this into my work with the cast and it has had positive effects on their understanding, memorising of the lines as well as diction and clarity.

Next week, I am to meet with Samuel Wilde, the designer for the show, to firm up ideas about set and costume.

Shakespearience: Henry V, adapted by Daniel Hill, forms part of the Road To Agincourt project. Shakespearience gives Year 9 students from local secondary schools the opportunity to work together undeer the direction of The Berry Theatre’s Drama Development team and mentored by Barton Peveril College perfomaing arts students to create a reduced version of a Shakespeare play.

Blog author Lucy Fennell is Drama Education Officer with The Point and The Berry Theatres.