Henry V Throughout History: Under The Veil Of Wildness 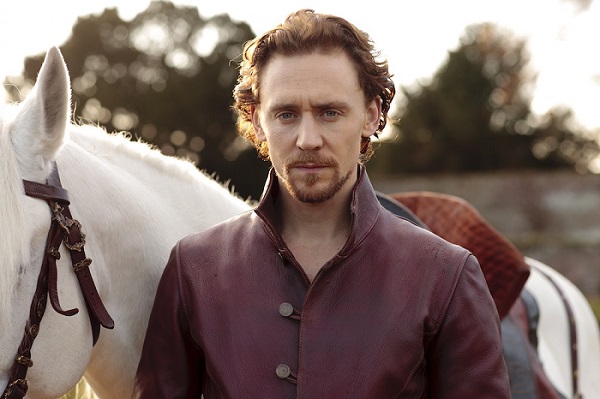 Welcome back to our analysis of the 2012 BBC series The Hollow Crown, which marks the most recent screen adaptation of William Shakespeare’s take on the life of King Henry V.

In my previous blog, we looked over the plays that precede Henry V in The Hollow Crown. We saw how Henry V’s father, Henry of Bolingbroke, seized the throne in Richard II and became King Henry IV.

We saw how the future King Henry V went off the rails as a wayward prince in Henry IV Part I, but rose to the challenge when called into battle to defend his father’s realm. We witnessed the emotionality of Tom Hiddleston’s performance, portraying the young prince as he became King Henry V, receiving the crown on the night of his father’s death. We winced as Henry cast out his drinking buddy Falstaff when the drunkard gate-crashed his coronation.

Now, as we look at The Hollow Crown’s version of Henry V – the final play in the series – we can see that this investment in Henry’s backstory has paid off in spades. Of all the screen representations of King Henry V, Hiddleston’s take is the most human. He is a flawed character, whose dark past haunts him throughout this television film.

As the film begins, we see Henry in a jovial mood as he gallops around on his horse laughing to himself. We hear Henry’s advisors discussing the fact Henry has matured since becoming the King. “The breath no sooner left his father’s body, but that his wildness, mortified in him, seem’d to die too,” says Canterbury of the change in Henry.

But still, Hiddleston’s Henry is presented as a fallible character. We genuinely believe he needs assistance when Henry asks for advice, desiring clarity about some French dukedoms he is believed to have a blood-right to.

I’ve seen various different actors deliver the line “may I with right and conscience make this claim?”, but only with Hiddleston does it seem like a genuine query. Olivier played the role with boundless confidence, Branagh brought darkness to the part, but Hiddleston’s Henry is the first to seem hesitant and unsure of himself as the film begins.

In the same scene, Hiddleston’s Henry looks at his family tree upon a parchment, pausing in an unsure moment to take in the glory of his ancestors. While Olivier launched straight into portraying the stern leadership style of an adored monarch, Hiddleston presents Henry as a human character, with a hefty history behind him and a conflicted personality to show for it.

Hiddleston carries the weight of Henry’s chequered past with him throughout the film, making The Hollow Crown’s version of Henry V feel like the concluding part of a story, not an isolated adventure. This encourages more emotional investment in all the characters and events, particularly Henry and his personal development.

In other versions of Henry V, the scenes that present Mistress Quickly and Pistol – dwellers in the bar where Henry used to drink – seem flat and uninteresting. Here, because we’ve seen Henry interact in that environment, the contrast between his royal duties and former watering hole feel much more important. These aren’t just extra scenes to pad out the story, but a glimpse of the life that Henry has left behind. When Falstaff – one of Henry’s former friends – dies off screen, it packs an emotional punch. Normally, it just feels like a strange aside.

By adapting Shakespeare’s entire historical cycle, then, the team behind The Hollow Crown ensured that their version of King Henry V would be a fully fleshed-out character.

This Henry has a misspent youth behind him (evident in Hiddleston’s performance, and the narrative side strands that show what happened to his friends) and an uncertain future ahead (predicted in a flash forward to Henry’s funeral). He certainly isn’t the hero of Olivier or the brooding monarch of Branagh, he’s his own beast entirely, and all the better for it.

Next – in our final Henry V Throughout History blog – we’ll see how Hiddleston’s Henry develops in the second half of this television film.