Shakespearience 2015: Learning From The Professionals 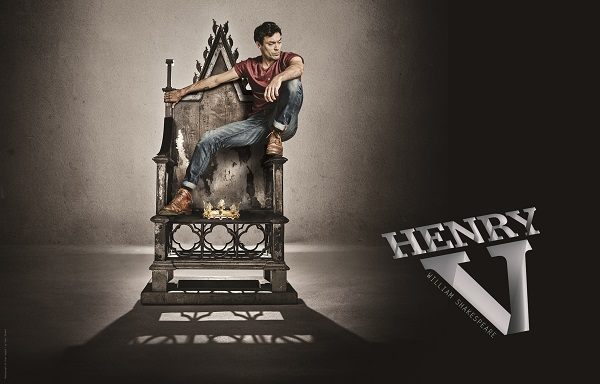 As part of the Shakespearience 2015: Henry V project, we took the cast to see the live streaming of the RSC’s Henry V at The Point in Eastleigh.

For most, this was the first time they had been to see a Shakespeare play and, at more than three hours long, it took a little while for some of them to settle into the experience! But once they had it was clear they were looking out for the characters that they are playing and listening for their lines. Samuel, who is playing King Henry was especially observant and even spent the interval reading through his lines in light of the performance he had seen from Alex Hassell.

Waiting to see the live streaming at The Point

We have around five rehearsals left and around six scenes left to set so we are all working very hard to get everything together.

The rehearsal process is threefold: The blocking of the scenes, the pronunciation of certain words as well as work on diction and clarity and then discussion of meaning. I’m finding that all these elements need to be addressed and we don’t always get time to do them all.

Ultimately, the young people are working extremely hard as an ensemble and also independently, learning their lines at home. Their enthusiasm and effort really is the fuel in the engine of this show.

Shakespearience: Henry V, adapted by Daniel Hill, forms part of the Road To Agincourt project. Shakespearience gives Year 9 students from local secondary schools the opportunity to work together undeer the direction of The Berry Theatre’s Drama Development team and mentored by Barton Peveril College perfomaing arts students to create a reduced version of a Shakespeare play.

Blog author Lucy Fennell is Drama Education Officer with The Point and The Berry Theatres.