Henry V Throughout History: Imitate The Action Of The Tiger 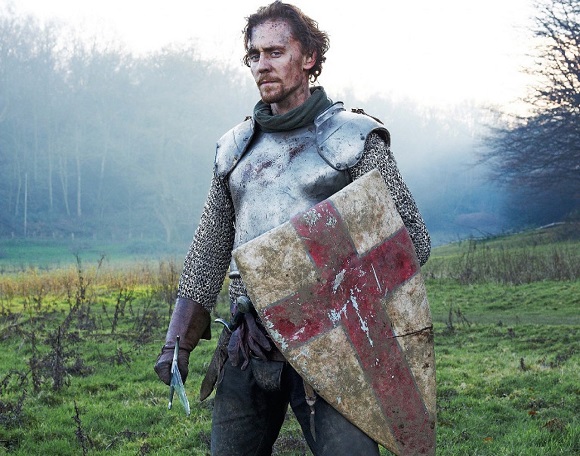 To mark the final blog in this series, we’ve looked at why Tom Hiddleston’s version of Henry V – from the BBC’s The Hollow Crown series – is one of the best…

Welcome to the last of our blogs under the title Henry V Throughout History where we’ve aimed to chronicle the enduring cultural legacy that William Shakespeare’s Henry V has had in the worlds of film and TV.

We’ve seen Laurence Olivier play Henry as a gallant, noble, much-loved king on a raucous romp to victory across France in his 1944 movie. We’ve witnessed David Gwillim tackling the role in more sinister way on the BBC in 1979. We marvelled as Kenneth Branagh managed to bridge these two disparate portrayals for his thoughtful portrayal of the monarch in his 1989 film. And now, we’ve come to Tom Hiddleston.

Hiddleston – adored by millions for his performance at the trickster god Loki in Marvel’s Thor and Avengers movies – took on the role of King Henry V in the BBC’s televised film series The Hollow Crown in 2012. As we’ve explored over the previous two blogs in this series, he also portrayed Henry in the preceding episodes Henry IV Part I and Henry IV Part II.

Our final focus will be where Hiddleston takes Henry, moving forward from his questionable beginnings as a pub-loving prince who shirked his responsibility for quite a while before embracing the crown. As we mentioned in the previous blog, Henry V picks up Henry’s character at a time where he’s embracing the throne but not quite confident when the topic of a potential war with France is raised. At least, that’s how Hiddleston plays the opening scenes.

When the war eventually comes, though, it’s time for Henry to step up and lead his men. Echoing Branagh’s staging, Hiddleston delivers the famous ‘once more unto the breach’ amid the blasts of warfare, ducking away from canon blasts as he encouraged his troops to “imitate the action of the tiger; Stiffen the sinews, summon up the blood, Disguise fair nature with hard-favour’d rage.”

In other portrayals, this seems like a motivational speech for the troops – albeit an iconic one – and not much else. With Hiddleston, though, you almost think Henry is aiming the lines at himself, too. While hiding from the fight, he’s telling himself to toughen up, to be a man, and to win the day. By the end of the speech, he’s clearly found new energy, yelling the final line “cry God for Harry! England! And St. George!” with a newfound passion.

This confidence overflows in Henry after this. He soon confronts the people of Harfleur and demands their surrender, threatening to “not leave the half-achieved Harfleur till in her ashes she lie buried” if he doesn’t get his way. Henry delivers these lines with such venom that the supporting cast of bystanders turn to him with looks of shock throughout. Clearly, the shying-away prince is long gone.

On the eve of the final battle, at Agincourt, King Henry addresses his army once more. But this time, Hiddleston spins the words in a more intimate way. This is very unique (the St. Crispin’s Day speech is almost always projected loudly), and works marvellously…

More so than any other screen Henry, Hiddleston’s version goes on a journey within himself. He transitions from a rebellious youth to a strong leader, via one magnificent performance from Tom Hiddleston. It’s a very fitting place to end our blog series – with one of the best Henrys ever.

The Hollow Crown doesn’t stop there either; it jumps forward to Henry V’s untimely death and hints at the doomed legacy he left to his son, Henry VI. These events are lifted from Henry VI Parts I, II and III, which the BBC team are putting into production in the near future. We can’t wait to see what they do with them.

Thank you to all who have read these blogs. It’s been a pleasure.