Behind the writing of The Road To Glory 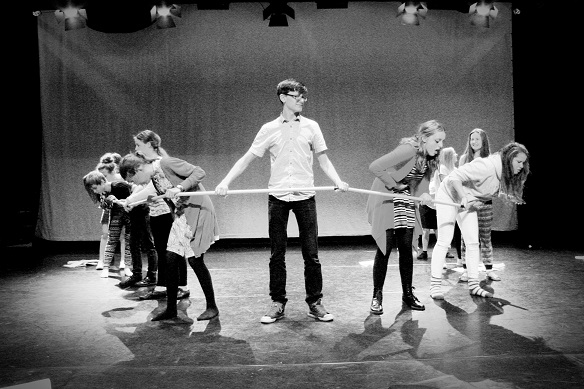 Playwright Neil Duffield is the man behind the words of The Road To Glory, The Berry Theatre’s specially commissioned play which tells the story of Hampshire’s role in the legendary Battle of Agincourt.

In a 60-second style interview, the award-winning playwright tells us the research involved in writing a play and what he hopes the audiences will take away from his unique take on The Road To Glory…

CD: Can you tell us how you got involved with The Road To Glory…

ND: Over the past few years Daniel (Hill) has produced a number of my extant scripts at The Point and other venues around Eastleigh but we’ve never worked together on a new work, so I was very pleased when he phoned me to ask if I’d be interested in taking on a commission to write a play connected with Agincourt 600.
CD: Have you written an historical play before? How do you approach the writing of one?

ND: I’ve written many historical plays in the past – including one about the Black Death and the PeasantRevolt, and another about Joan of Arc – the periods immediately preceding and following that of Agincourt. My usual method of approach is to begin with a period of research, making extensive notes, anthen to explore character, narrative, and theme until I feel I have the bones of a workable story. I also try out different theatrical styles as a way of telling the story.

CD: That sounds interesting! What kind of research did you undertake prior to writing The Road To Glory?

ND: As I knew very little about Agincourt, I read everything I could lay my hands on – from the local library, the internet, etc. I was also grateful for help from Professor Anne Curry at Southampton University.

CD: And how long did it take you to write the play?

ND: It normally takes me about three months to write a play. This one took about the same.

CD: The play was performed by a cast of young people. Did this affect the way you wrote the play?

ND: Writing for youth theatre has very specific demands, which are different from my normal work – which is writing for much smaller casts of professional actors. The large cast size allows for far more characters and also use of a chorus – which is very useful for story-telling sections of the play.

CD: What kind of challenges did you encounter while writing the play and how did you overcome them?

ND: The main challenge in this particular piece was the subject matter itself. The battle of Agincourt and the whole campaign in France was undertaken by men. Women were hardly involved at all. Yet youth theatres almost always consist of a majority of girls and young women. I’ve never liked the practice of girls having to play male characters neither was I prepared to write a script for a large cast consisting only of young men and boys. Daniel felt exactly the same, so I proposed we set the play in a fantasy time and place in which gender roles were irrelevant. Within this, we resolved to be as historically accurate as possible. However, the name Agincourt is never mentioned in the play, nor or the names of any historical characters – including Henry V. Thus, despite being as true to the historical events as we could make it, the play is timeless.

CD: So, what are you most proud of from writing The Road To Glory?

ND: I’m most proud of the fact that, having talked with the cast following the show, I found that they all seem to have enjoyed being part of it and learned a great deal from the experience.

CD: What did you want audiences to take away with them after seeing The Road To Glory?

The Road To Glory is written by Neil Duffield and directed by Daniel Hill. Commissioned by The Berry Theatre, and supported by Heritage Lottery Fund and Arts Council England, the play tells the story of the role Hampshire and its people played in King Henry V’s journey to the Battle of Agincourt.