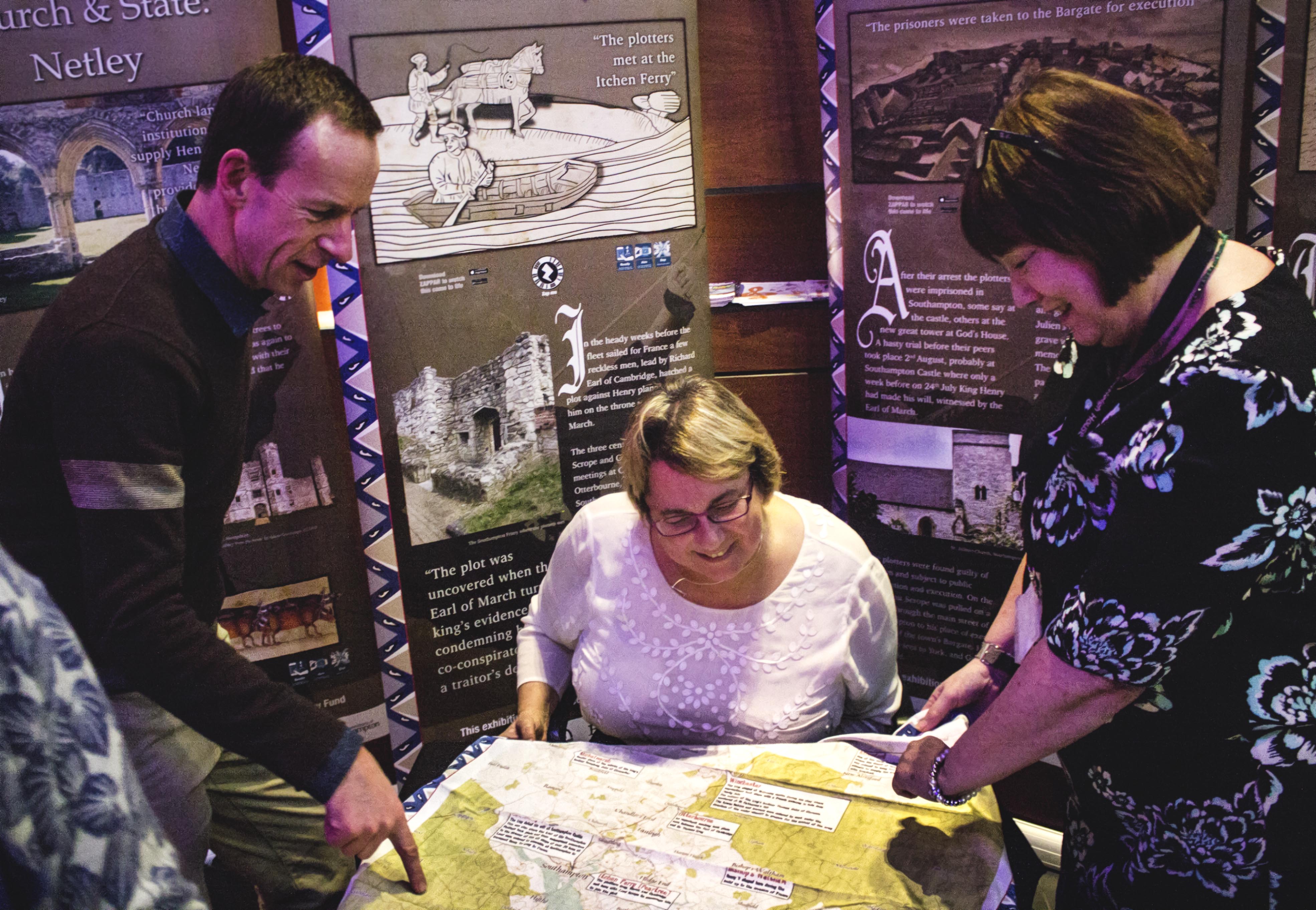 Road To Agincourt is excited to announce it has commissioned the design and creation of an interactive wearable map to commemorate the battle of Agincourt.

Production company Blue Donut Studios and award-winning mapping brand SplashMaps, who are both based at Eastleigh’s brilliant digital creation space, Tec Hub,  have been tasked by the project with creating an interactive map of Hampshire, which can be worn and provides users with historical context surrounding the battle of Agincourt.

The interactive map will include information  at points such as where Henry V discovered a plot to overthrow him (Portchester Castle), places he stayed during the build up to the invasion of France (Bishops Waltham, Titchfield, Winchester and Southampton) and the main harbour where he kept his flagship Grace Dieu (Hamble).

Using the latest technology, areas on the map will literally “come to life” with a click of a button from a smartphone. Historical points will transform into animations before the wearer’s eyes, and tales from another age will be revealed by characters from the past.

From Medieval ship building in Hamble to The Southampton Plot, the interactive map examines life and experiences at the time of Henry V and the legacy that remains in the region some 600 years later.

The map itself is based on the John Speed map of Hampshire, and is printed on an all-weather fabric developed by SplashMaps, which is durable and can be easily washed and worn.

Marcus Pullen, Founder of Blue Donut Studios, is responsible for the design of the map, as well as implementing the technology which will bring the augmented reality trail to life.

The technology works via an app which can be downloaded onto any smartphone or tablet, and then when the user scans at a location which is featured on the map, a beacon will send videos and other interactive content to the user’s device.

Marcus believes that integrating the augmented reality trail with a physically durable map is a winning formula:

“The interactive map is a brilliant idea; nobody has done an augmented reality trail like this.

“The SplashMaps themselves are really good, and they have a lot of practical value, you can lay them on coffee tables, car bonnets, anywhere.

“The interactive features give you plenty of historical context when you’re out and about.”

“The project has provided the ideal opportunity for us to consider how you attach data and information to a physical map, and it’s helped us with our product development.

“Working on the project has been a lot of fun. We took the map to Bear Grylls’ survival race to test it out and ended up teaching them all about Agincourt, which was great.

“It gave us a great opportunity to interact with different people in an exciting way.”