Commemorative Interactive Map To Be Launched At Hamble Festival 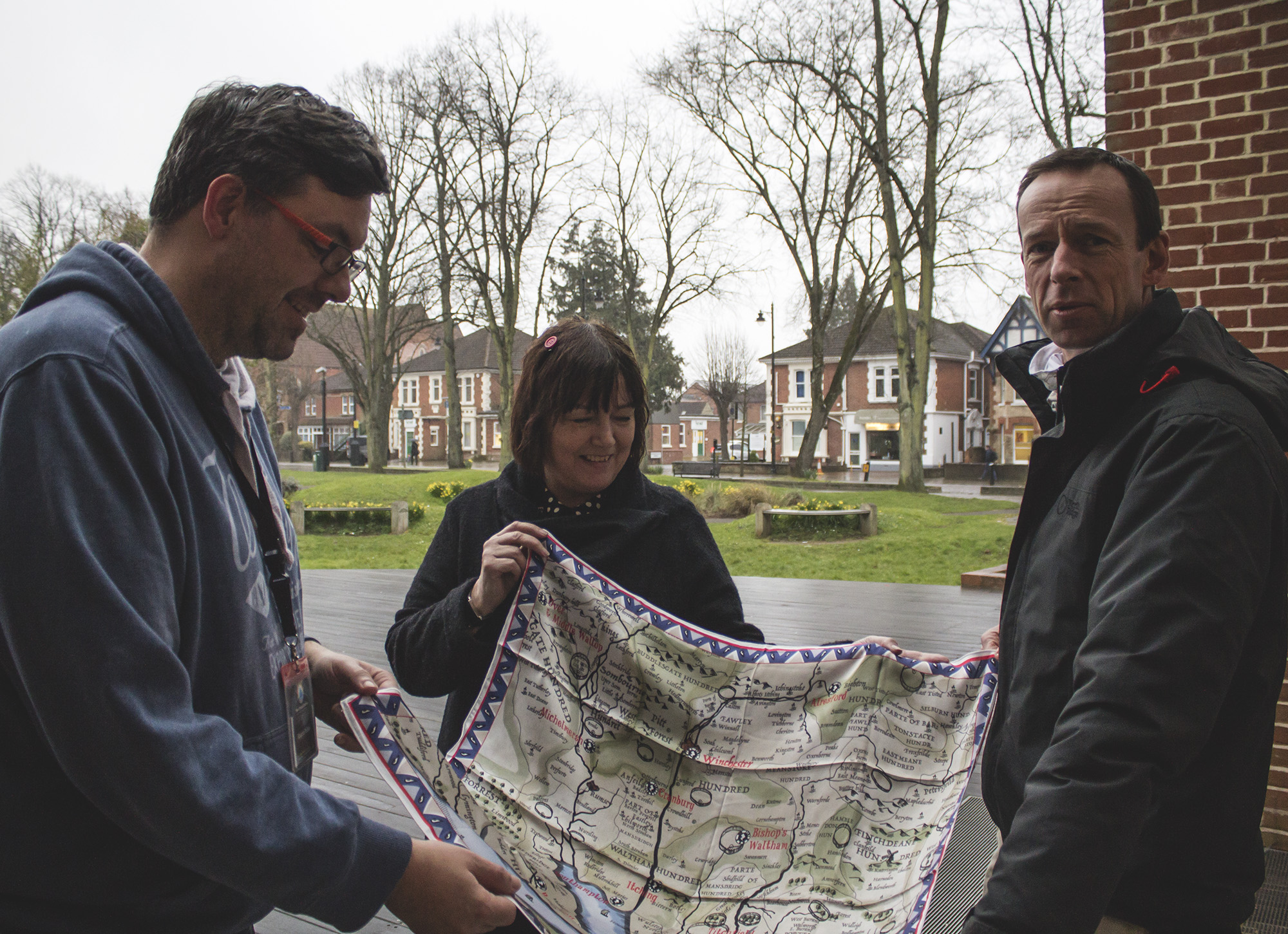 Road To Agincourt is excited to announce it will launch its newly-designed interactive and wearable map, Harry’s Hampshire, at next month’s Hamble Festival of Food.

Designers Marcus Pullen of Blue Donut Studios and David Overton of SplashMaps are the team behind the stunning Harry’s Hampshire, a new interactive, wearable map that allows technology to bring history to life.

Based at Eastleigh’s digital creation space Tec Hub, the two companies were brought together by the Road To Agincourt project, run by Eastleigh Borough Council’s Culture Unit, to create a unique product for the Battle of Agincourt commemorations that would explore the role Hampshire played in King Henry V’s journey to war.

Using the latest technology, a click of a button from a smartphone brings areas of the map to life before the user’s eyes. Historical points transform into animations complete with tales from the past and key information of the role the region played in the lead up to the battle.

The innovative digital map will receive its official launch at Hamble Festival of Food in Hamble Quay on Saturday 23 April.

“Originally we had the idea to create a map on fabric as this makes a great, desirable and long lasting memento for most events.

“The addition of technology to key the digital content to the map came out of our original proposal, but we later changed approach as Blue Donut Studios came on board with the needed professionalism around digital story telling.”

Harry’s Hampshire, the map itself, is based on the John Speed map of Hampshire, and is printed on an all-weather; durable

fabric developed by SplashMaps. The design of the map is the work of Blue Donut Studios, who used augmented reality technology which allows the user to interact with the map via a barcode tracker on their smartphones.

Founder of BlueDonut Studios Marcus Pullen is proud to see the map in its finished stage:

“It looks great and it’s useful due to its wearability… What more could you ask for? I like that it gives some historical context to our home country and it’s a fun way to explore how Hampshire plays a part in the history of the lead up to the Battle of Agincourt.”

Hamble Festival Of Food will showcase some of the finest produce in the region. From savoury pies and Biltong to artisan pork pies and cheeses this is a tasty destination for all foodies. The event is being staged in Hamble Quay on Saturday, April 23 from 10am to 4pm.