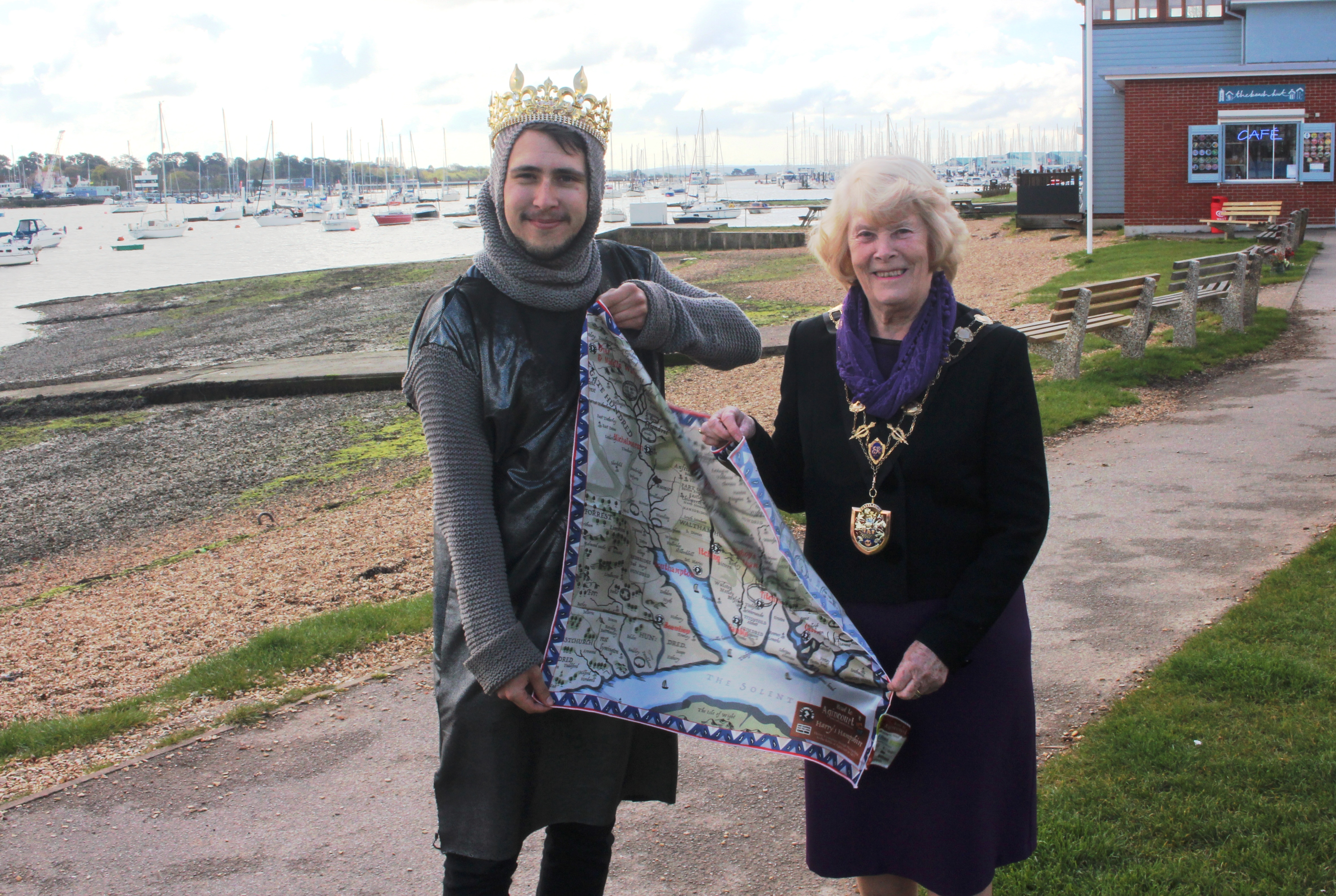 The 16th century collided with the 21st century for the Mayor of Eastleigh when she was presented with Road To Agincourt’s innovative augmented reality map at the Hamble Valley Festival of Food on Saturday (April 23).

Harry’s Hampshire Interactive Map – which is printed on fabric so it can be worn as a scarf or bandana – uses the latest technology to highlight the role Hampshire played in the build up and aftermath of the Battle of Agincourt. Using augmented reality, the map is imbedded with tales from the past and information of the significant role the region played in King Henry V’s reign.

Madame Mayor Cllr Jane Welsh was handed the map by Eastleigh Borough’s Culture Unit – the team behind Road To Agincourt – and shown how the product comes to life by using the free downloadable Zappar app on a smartphone or tablet.

Imbedded animations, audio recordings-and films each documenting Henry V’s connection with places such as Hamble, Portchester and Southampton, all feature in the map.

Road To Agincourt is a two-year project exploring the role the region played during and after King Henry’s journey to the battle of Agincourt.  Now in its second year – From Tree To Sea – the project will look at the aftermath of the battle and how it shaped Hampshire’s history, with a particular emphasis on Henry’s “great ships”, the wrecks of which lay at the bottom of the River Hamble.