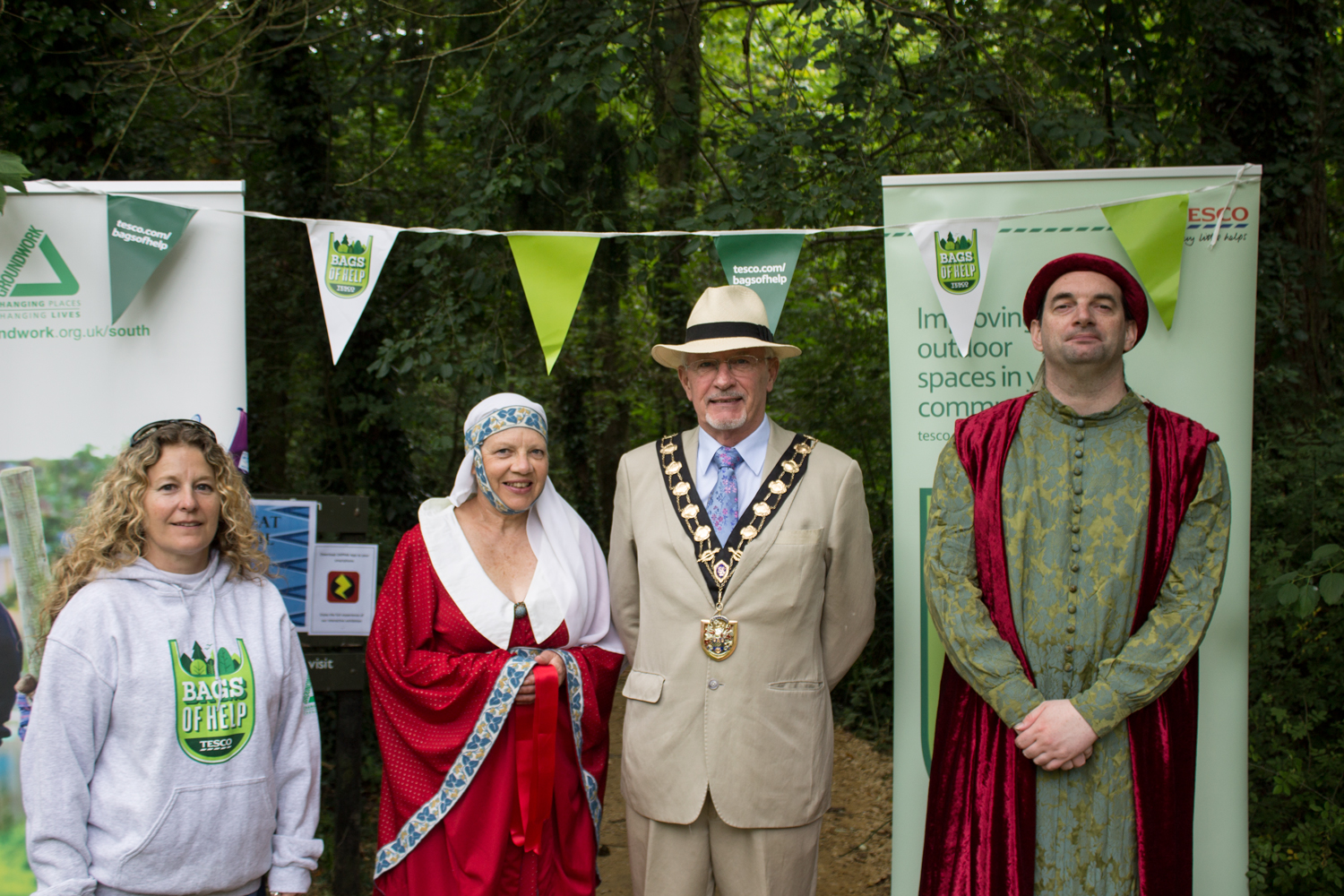 The family friendly Medieval Weekend featured a host of medieval entertainment including re-enactments performances, storytelling of the Legends of Sir Bevis, a Maritime History Discovery Bus, guided walks from Heritage guides and demonstrations from a medieval village complete with cooking, herbalists and arrow making.

Showcasing from leading experts, Dr Ian Friel and Professor Jon Adams, was also seen over the weekend with a popular

Quote from Eastleigh Borough Council Head of Culture Cheryl Butler, the organiser of the event:

“We were overwhelmed by the positive response from visitors and participants to Road to Agincourt Medieval Weekend.

The new King’s Great Ships Trail was a big hit and everyone loved they soundscape.  We look forward to unveiling the virtual museum of the Grace Dieu next year.”

The woodland trail through Manor Farm and Country Park leading to the River Hamble explores the history of the ‘great ships’ used by Henry V during the famous Battle of Agincourt, through the use of a soundscape filled with medieval music and facts and tales.

The King’s Great Ships Trail can be accessed by following the newly designed way-markers and visitors can try out the temporary soundscape and give feedback before the permanent Zappar codes affixed. For more information email roadtoagincourt@outlook.com.