Interact With History On The King’s Great Ships Trail 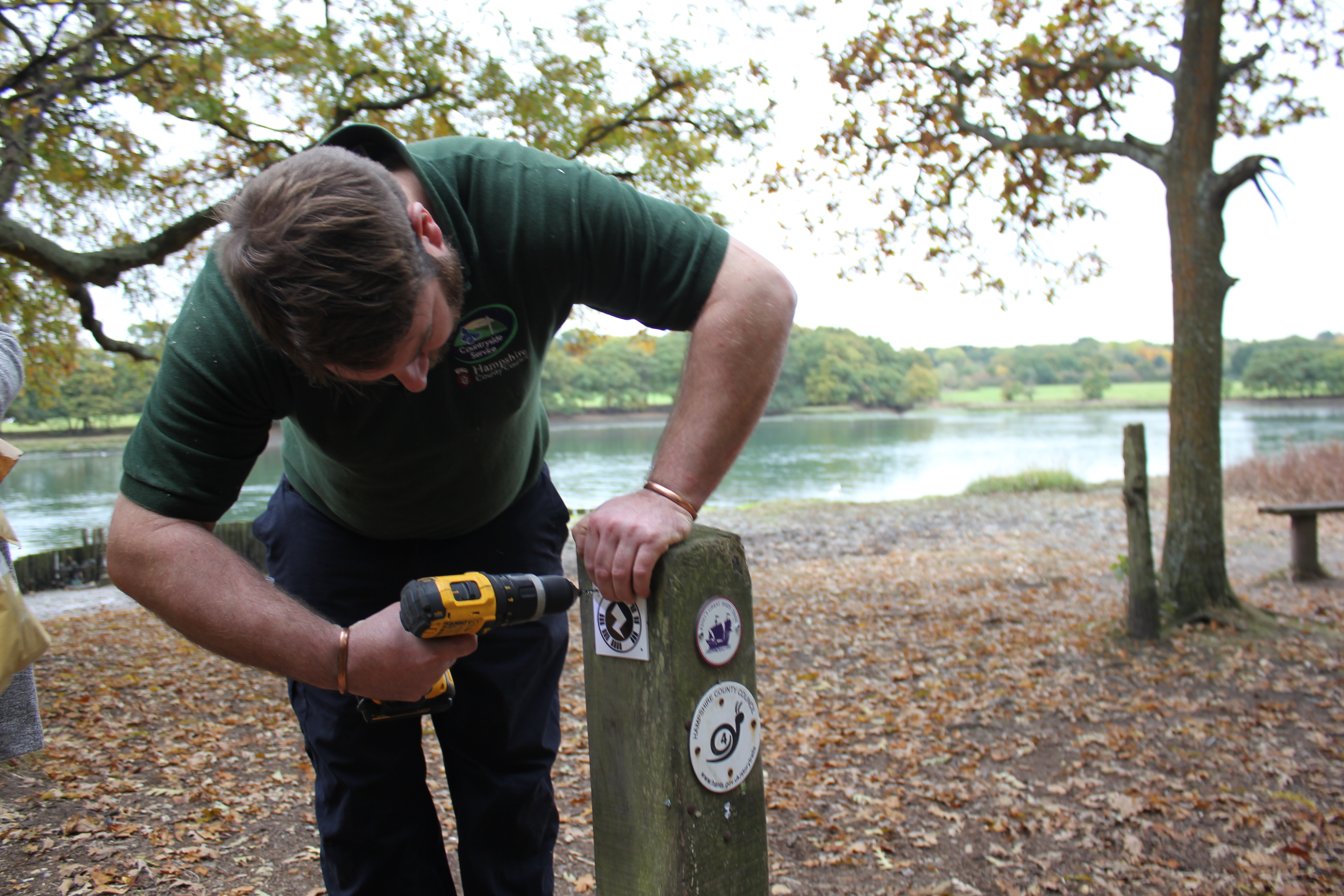 The team behind Road To Agincourt is delighted to announce that the King’s Great Ships Trail is now fully interactive, thanks to the latest additions to the trail.

The woodland path at Manor Farm and Country Park, which was launched in July at Road To Agincourt’s popular Medieval Weekend and supported by Tesco’s Bags of Help, has been adorned with the official Waymarkers and Zappar codes leading the way to the River Hamble where the wreckage of Henry V’s flagship Grace Dieu still lies.

Thanks to the new permanent markers, visitors will be able to access the interactive trail with the aid of their smartphones.

Each Zappar code is unique and, through the use of a soundscape filled with medieval music, facts and tales, tells the story of how King Henry V’s greatest ship ended up burnt to the shoreline on the River Hamble where it remains to this day.

“Following the success of the temporary trail at our Medieval Weekend in July, we are delighted that we are able to offer a permanent version for future visitors to enjoy.

The King’s Great Ships Trail is a fantastic addition for Manor Farm and Country Park and it gives the public a chance to learn more about their own local history.”

The Road To Agincourt is a two-year project linked to the 600th anniversary of the Battle of Agincourt, run by the Culture Unit of Eastleigh Borough Council in conjunction with Agincourt 600 and Heritage Lottery Fund. The battle was an iconic moment in English history and has a lasting impact on the local landscape of Hampshire.