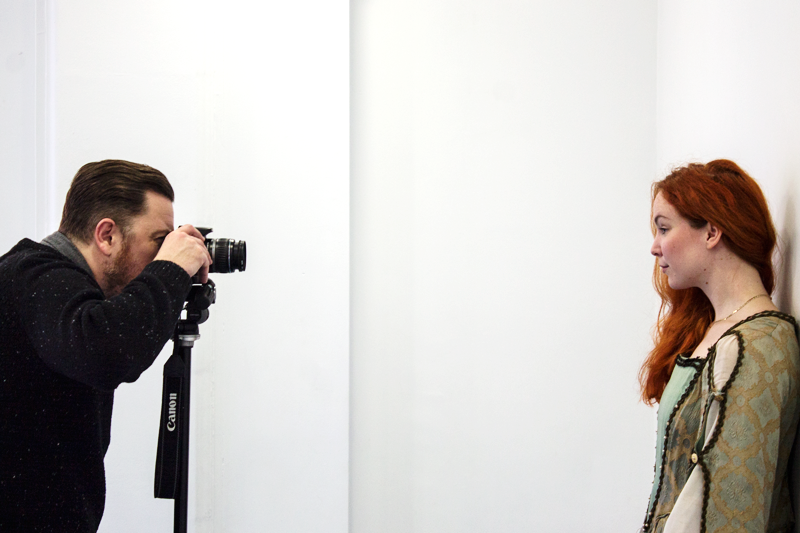 The team behind Road To Agincourt is excited to announce that internationally-renowned Illustrator Guy Stauber is to design bespoke artwork for its latest project Blood & Valour, an all-new graphic novel set to be released Spring 2017.

The artist, who is signed with top New York agent Richard Solomon Artists Representative LLC , is highly-regarded in the world of digital art and illustration having worked with top name global brands such as Marvel, Disney and DC Comics.

The Southampton-based artist will collaborate with writer Matt Beames, associate writer at The Berry Theatre in Hedge End, and illustrator Marcus Pullen from Eastleigh’s Tec Hub to create unique artwork for the new medieval fantasy comic. Blood & Valour is based on the legendary Southampton figure Sir Bevis whose tales of adventure and epic daring do are said to have inspired the young King Henry V. The comic is described as the retelling of stories of love, loss, adventure and destiny.

Speaking about the project, Guy said: “It’s such an insane story! You don’t hear very many stories like this coming from Southampton, and you certainly don’t see them told in a comic book form.

“The fact that it’s being told by a local writer and illustrator makes it really important, and that’s nice because it becomes a little ‘story behind the story’.”

Guy has recently been working on the designs for a new capsule apparel range for Marvel’s Guardians Of The Galaxy and character illustrations for the upcoming Marvel Studio’s Avengers: Age Of Ultron but working on Blood & Valour has been a new experience for him:

“When I read the script and found out more behind the inspiration I realised what a rich story it is and how fantastical it is. It’s not just historical; there are myths, legends and mythical creatures! It’s fantastic to work on something really quite out there in terms of content.”

The first volume of the comic is set to be released Spring 2017 and is expected to have an initial run of four 26-page issues, with the creators hoping that it will become an on-going series.

For more information on Blood & Valour visit www.bloodandvalour.com or keep up to date with the team on Twitter by follow @BVComic.